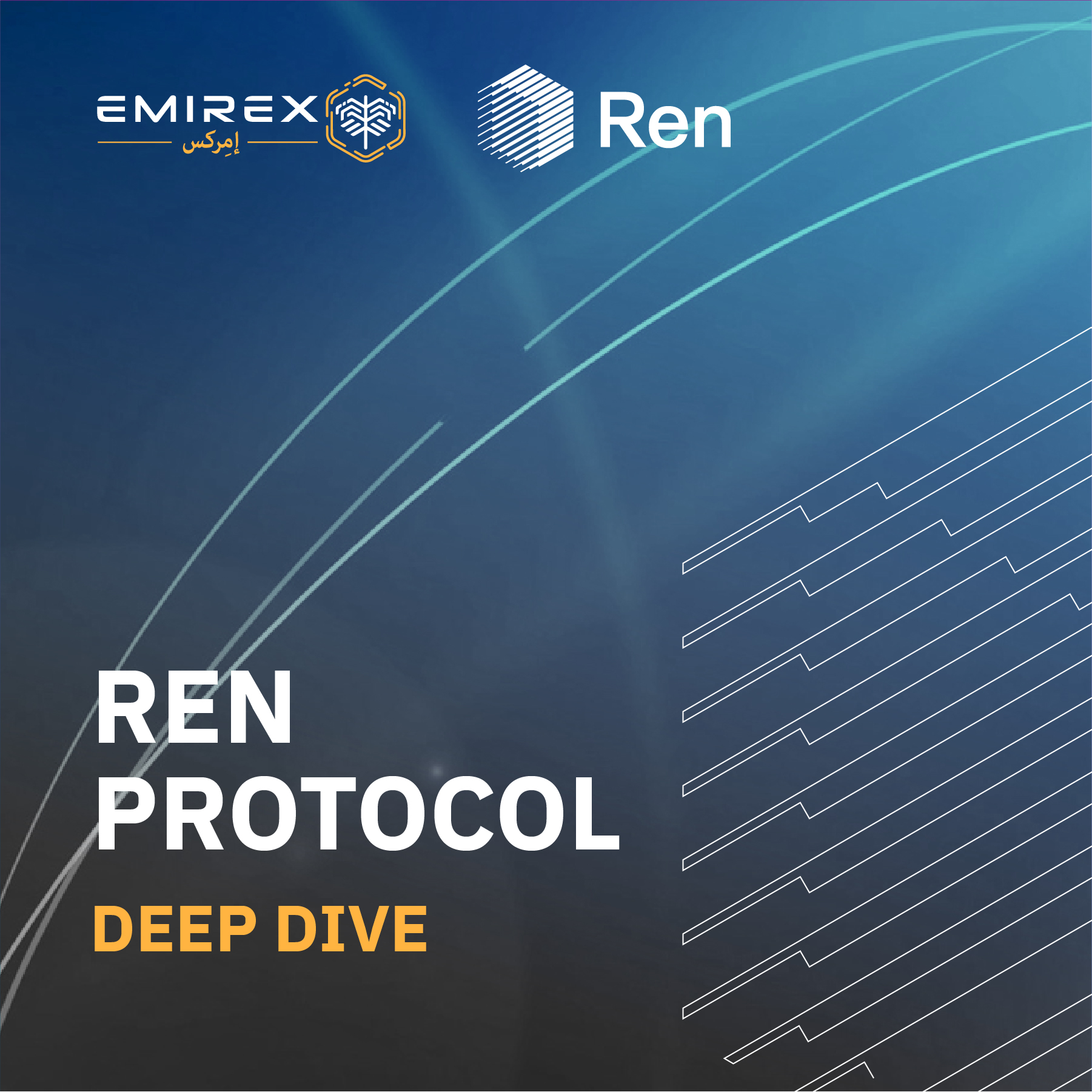 On September 3rd, Emirex listed Republic Protocol (REN) for trading on the Emirex exchange. Below is detailed information about the project’s current condition and potential.

Republic Protocol (REN) is a decentralized exchange-traded dark pool protocol; an OTC trading platform that allows traders to sell large amounts of assets in the quietest mode, without involving the market. It enables a decentralized and trustless exchange of cryptocurrency assets between blockchains using its platform, the Ren Virtual Machine (RenVM). All transactions are verified and performed using zero-knowledge proof technology, which allows users to maintain the confidentiality of transactions.

The principle of operation of the Republic Protocol is to divide information on randomly selected nodes (Darknodes). After finding a response order distributed in the same way, the involved nodes begin to interact. Such data processing is carried out through cooperative work, eliminating the need to collect the separated fragments again.

Republic Protocol excludes the records of the transactions being conducted. The history stores only basic values ​​such as the time and the amount received, which are visible only to the participants themselves.

Based on the proposed functionality, the following distinctive features of the Republic Protocol can be distinguished:

Republic Protocol establishes cross-chain links, which provide users with a high level of asset liquidity and allow them to actively interact with other trading platforms.

REN is a token used in the Ren ecosystem and it performs the following functions:

This smart contract ensures the decentralization and stability of the RenVM protocol. If a member wishes to run Darknode, they must pay a deposit of REN 100,000 to the Registrar.

Any project can benefit from cross-chain liquidity. RenVM serves as a plug-in for decentralized finance and therefore, any DeFi application can incorporate RenVM’s capabilities into their applications and existing smart contracts.

In the first quarter of 2020, Ren was focused on two things: continuing to develop and test RenVM and creating the Ren Alliance, which is described as a consortium of DeFi companies and projects.

Further, the team projected a development concept according to which, RenVM will move through multiple phases of deployment as it slowly becomes a fully decentralized network:

It is the opening phase of RenVM's existence, and was released on the 27th of May 2020, at 11 am GMT. It represents the minimum viable feature-set required to achieve interoperability between blockchains using MPC cryptography.

At the beginning of phase sub-zero, the Ren core developers will secure and maintain all nodes in the Greycore, and the Greycore will be the only group of nodes responsible for consensus and execution. Community nodes will be responsible for operating the P2P networking, including storage. During this phase, the codebase will be open-sourced, the Greycore will be expanded to include more node operators, and the governance of Greycore membership will be handed over to the community. Node operators, and REN holders, will have the ability to decide on the addition/removal of Greycore members. Once both of these features have been enabled, RenVM will move to phase zero.

Phase zero is the maturity phase for RenVM. It is the phase in which it will become fully decentralized, feature by feature.

Once all of these features have been enabled, RenVM will be moved to phase one.

One (and beyond) Phase

Phase one is the final phase of RenVM. This phase begins once all features have been released, and RenVM has become fully decentralized. From this point onwards, all changes to RenVM will be governed by node operators and REN holders.

This phase is named after the canonical “stable version”. In software development, “version one” is used to identify the first version that can be considered stable for its intended purpose. Although RenVM has been stable since the beginning of phase sub-zero, the use of “one” here signifies stability in the context of full decentralization.

Further development on RenVM will continue, but the decentralized nature of RenVM will mean that all changes must go through appropriate governance and consensus within the community before being deployed. As such, no specific feature-set can be anticipated for phase one and beyond.

The total volume of OTC trading in the United States is high, including the percentage of transactions that take place in dark pools. Such service is in demand in the cryptocurrency market. Given Ren's rapid development and phased implementation of the conceived plan, there is a broad perspective for further development in the market.

Attractive aspects of the project that allow it to become a market leader: