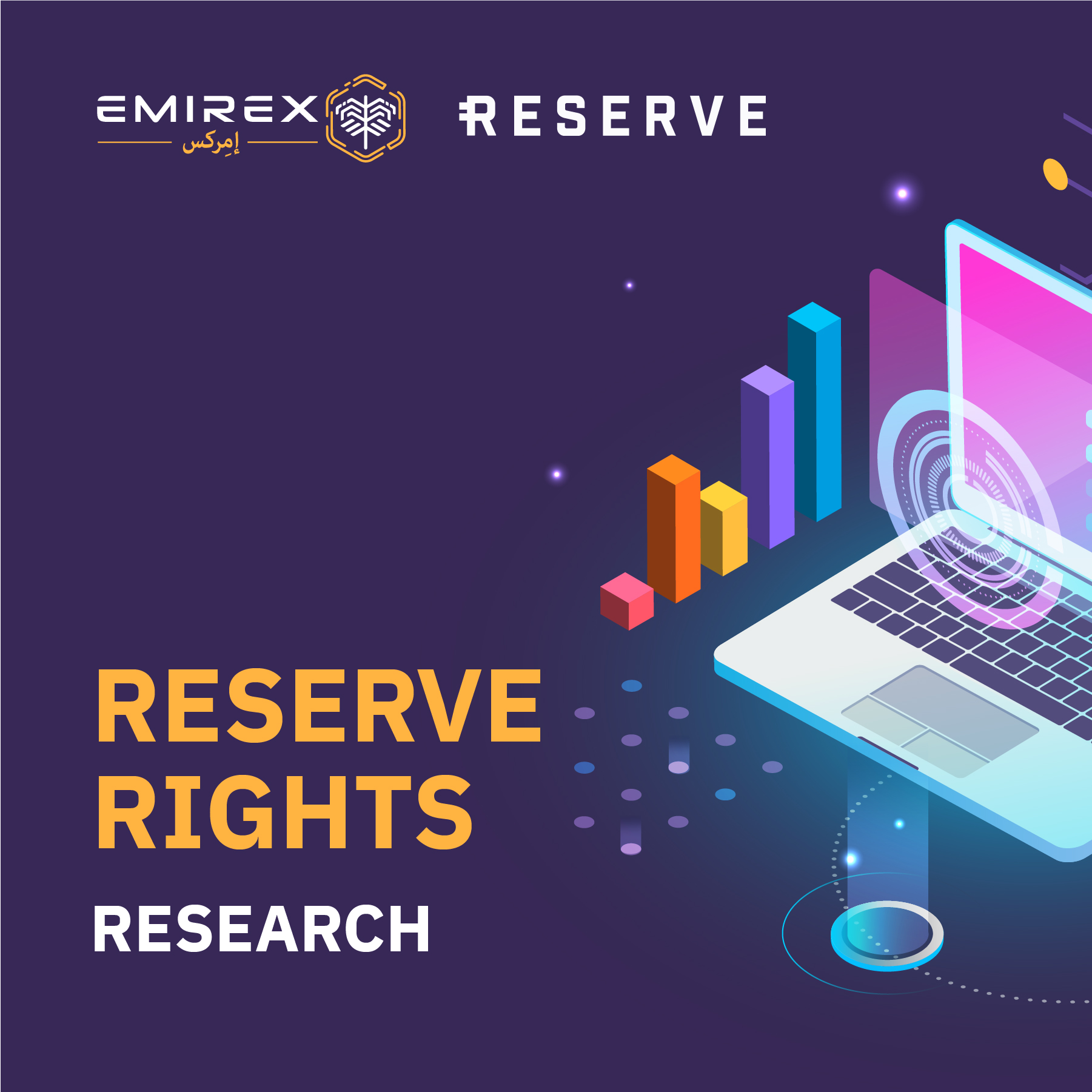 On NN September, Emirex listed Reserve Rights (RSR) for trading on the Emirex exchange. Below is detailed information about the project’s current condition and perspective.

Reserve aims to create a stable, decentralized stablecoin and digital payment system that scales supply with demand and supports 100% or more collateral backing. Its goal is to create a one-stop store of value, especially in regions with unreliable banking infrastructure and regions where hyperinflation is a problem.

The Reserve system will interact with three types of tokens:

The protocol is designed to hold collateral tokens worth at least 100% of the value of all Reserve tokens. Many of the collateral tokens will be tokenized real-world assets such as tokenized bonds, property, and commodities. The portfolio will start relatively simple and diversify over time as more asset classes are tokenized.

The reserve stablecoin (RSV) is a hyperinflationary asset that will initially be pegged 1:1 to the US dollar before being backed by a basket of blockchain assets held in the reserve vault at later stages. These assets will be diversified and will consist of real assets including securities, commodities, and currencies.

The purpose of conservation is to protect against systemic risks. In the long term, the team believes there will be 100 different low volatility assets supporting RSV.

The RSV is fully collateralized and the collateral is held in the reserve vault. A vault is a smart contract that contains a pool of blockchain assets that are used to back up a token. The Vault smart contract will collect RSV in two ways:

RSV can be used to perform three main functions:

If there is any mismatch between the RSR and RSV prices, then traders can exploit the difference through arbitrage and profit.

RSR is used to recapitalize the network ecosystem whenever the content of the protocol in the repository is depreciated. Besides, the token is expected to help re-calibrate the network. In this case, whenever there is an increase in the total supply of RSV, the RSR tokens in circulation should decrease. This is because only RSR holders are used for arbitrage opportunities.

The release of the Reserve protocol is divided into three phases: