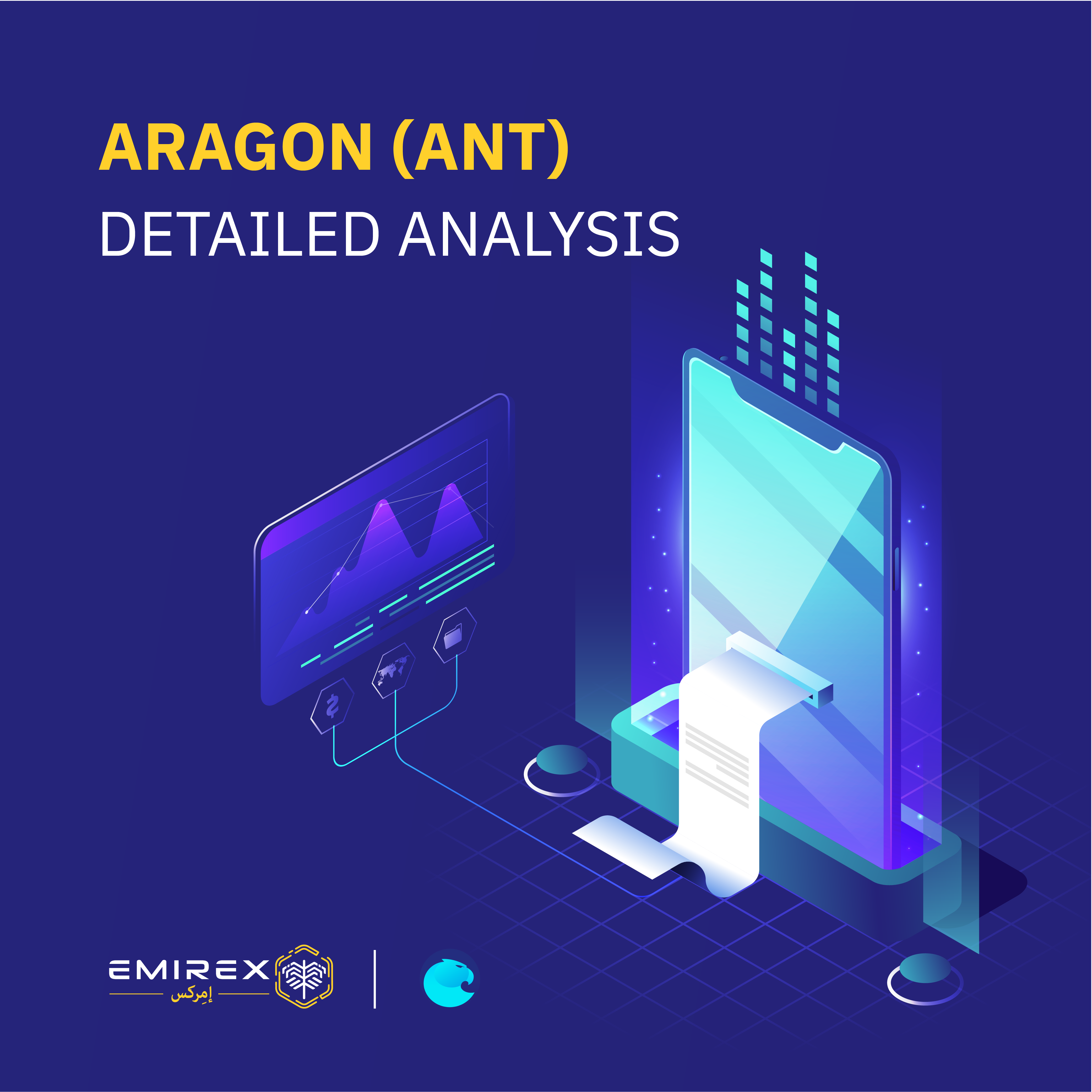 Aragon's current flagship product is the Aragon client, a toolbox through which users can create decentralized organizations.

The Aragon Network Token (ANT) is an ERC-20 token that grants voting rights to make decisions about the direction of future development.

The project is also building its blockchain infrastructure Aragon Chain, a Proof-of-Stake blockchain built with Tendermint and the Cosmos SDK.

Aragon is a decentralized application on the Ethereum blockchain that allows anyone to create and manage their own DAO. It is an open-source project run by the Aragon Foundation. Aragon uses the ANT token, which gives its holders the right to vote in decisions regarding the future development of the project.

The Aragon team aims to make it as easy as possible to create and manage organizations on the blockchain. With the help of the open-source tools and security of the Ethereum blockchain, the project seeks to widen the distribution and real use of blockchain technology by corporations. The main goal of creating the Aragon token was to form a special platform to accelerate business processes using blockchain technology. Both old companies and new commercial organizations wishing to establish work using decentralized tools will be able to use the project’s technical solutions. The platform has the following advantages:

ANT is the token central to the Aragon network and is used for governance of the network. It provides owners with a vote on development proposals. The number of ANTs a user owns determines the strength of his voice.

ANT token was released with ICO in May 2017. At that time, this ICO became one of the most successful. Even though the entire campaign was allotted approximately 30 days, all tokens available for sale were sold in the first quarter of an hour. In total, 275,000 ETH were purchased, which is approximately $25 million. Such excitement demonstrates a high level of trust and hopes for this platform.

The Aragon Network was scheduled with a three-phase roadmap after its launch. So far, two phases have been completed, with Phase 3 now underway. And to ensure this goes smoothly without any errors — the team has split the phase into two: Phoenix and Firebird.

The launch of Phase 3 is a four-year-long effort.

Phoenix: the Interim Governor Council pass the executive powers over Aragon Court to ANT holders. Post competition of this, the native decentralized autonomous organization (DAO), will be governed under a combination of objective and subjective rules.

ANT holders can participate in Phoenix by reviewing and providing their feedback on the Aragon Network Agreement. Besides, jurors can adjudicate any upcoming precedence campaign disputes as a juror. Users can also vote on the final version of the agreement, the firm said.

Meanwhile, for part two of Phase 2, Firebird, the firm stated:

“The Aragon Network will become unstoppable and financially sustainable. Firebird is the result of deep research into the areas of sufficient decentralization, community currencies, and fund allocation.”

It added that before Firebird, the community will be conducting many fund allocation experiments. Those will help us all in determining Firebird’s implementation.

Making it easier to build and manage organizations with blockchain is an important step in advancing the technology. Aragon is still moving towards its ultimate mission of creating a single platform for multiple organizations, and when the project will be realized as it was intended to, the network that will ultimately be created will prove to be incredibly effective. According to some experts, the Aragon project is a promising crypto platform with thoughtful branding and the right marketing strategy, which should help the coin quickly gain popularity among users. While the crypto platform is just beginning its development in the market of decentralized cryptocurrency technologies, the project is already demonstrating its success.