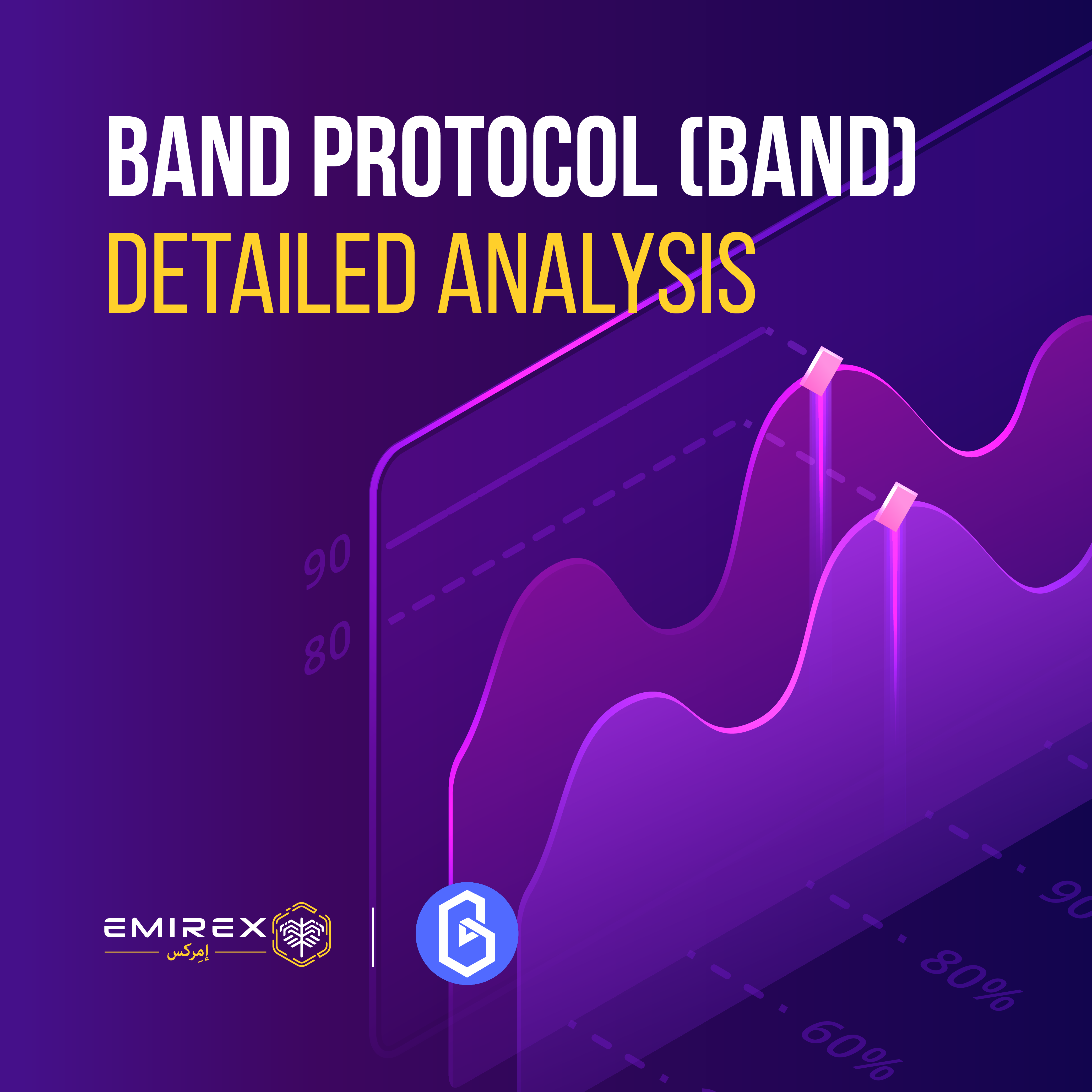 Band Protocol is a cross-chain data oracle platform that aggregates and connects real-world data and APIs to smart contracts. The Band team has highlighted various potential use cases, including Decentralized Finance (DeFi), Decentralized Commerce, Identity, and Supply Chain Tracking. The project is creating a Web 3.0 component-level data management solution that addresses the issue of data availability and reliability for blockchains in the Web3 technology stack. Current available trading pair on the Emirex exchange: BAND/USDT, BAND/BTC

The Band Protocol blockchain is known as the BandChain and its native BAND token is used for staking by validators and delegators to incentivize accurate and up to date data feeds.

Band Protocol is a secure and scalable decentralized oracle serving as a two-tier protocol for public blockchains. This allows decentralized applications to use existing data on the Internet without trusted intermediaries, bridging the various use cases between Web 2.0 and 3.0.

Band's unique multi-token model and staking mechanism ensure that data is not manipulated. By ensuring the availability and reusability of data across the network, Band Protocol offers a cheaper and faster solution than alternatives, all without compromising security. Developers using the Band Protocol will be able to create a wider range of decentralized applications with integration into off-chain financial data, reputation scores, identity management systems, and more, bringing blockchain closer to mass adoption.

The Band ecosystem has two types of tokens: BAND token and Dataset token.

1. The BAND token is Band Protocol's fixed-feed token. It represents the total cost of all datasets in a strip protocol. Use cases designed for BAND include the following:

2. The Dataset token in Band Protocol is a specific token created to govern and secure the particular dataset it refers to. Use cases designed for Dataset tokens include the following:

Band Protocol’s revised long-term vision is to be an oracle of other blockchains. To achieve this, the team has outlined 4 phases of development named after notable Chinese icons.

Band Protocol is an interesting project aimed at solving the problems associated with the inability of smart contracts to directly interact with the outside world and receive real data. The market for decentralized oracles/data feeds is still emerging and as a result, Band has a good opportunity to establish itself in what is still an emerging market sector. Nevertheless, the team faces stiff competition from ChainLink, as well as other projects, which is more actively encouraging the company to improve its development processes.

What You Should Know About Dusting Attack?