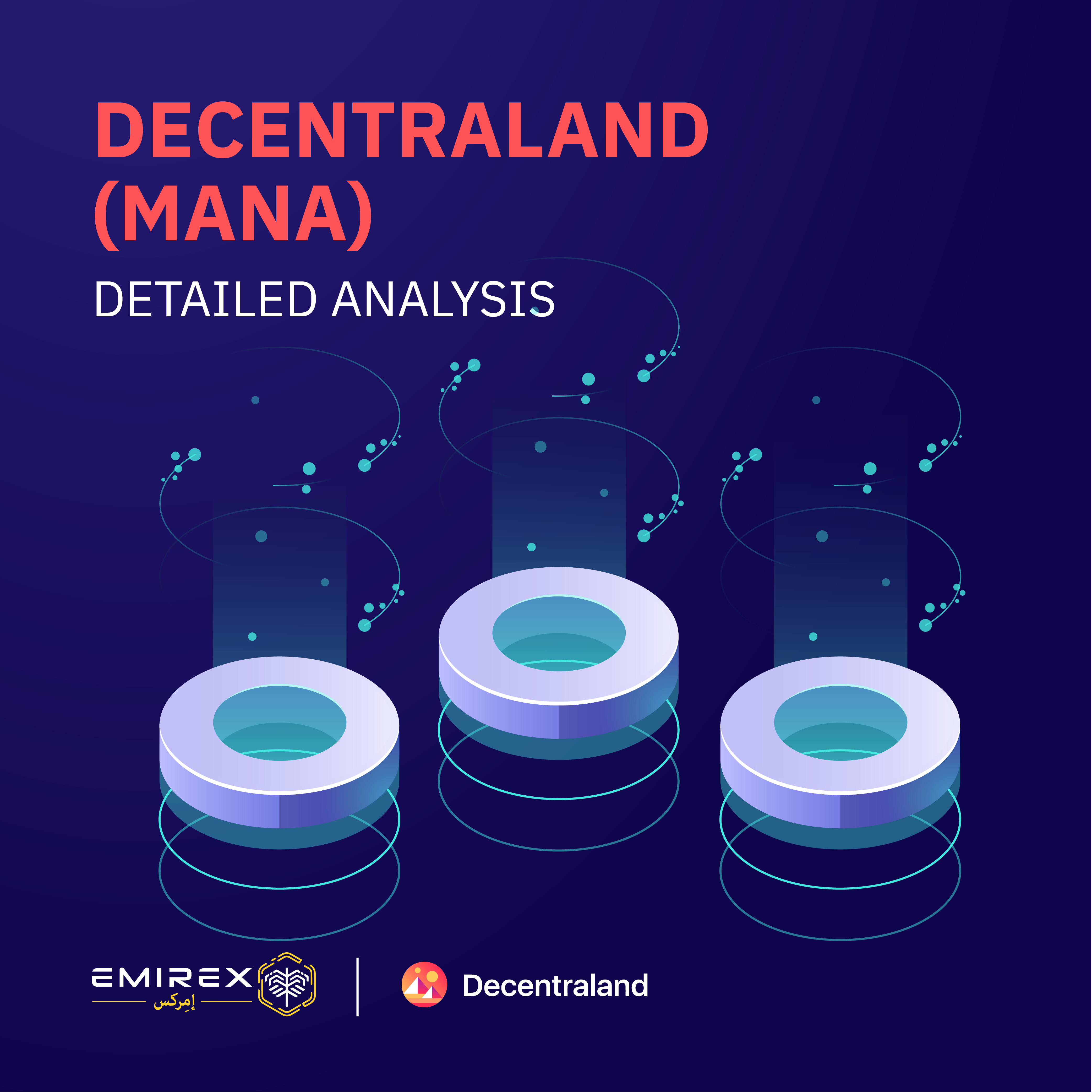 In Decentraland’s shared virtual world users can buy land, known as "parcels" that are recorded on a blockchain-backed ledger. Landowners control what content is published to their portion of land. Contents can range from static 3D scenes to interactive systems such as games.

MANA is an ERC-20 token that serves multiple purposes, where it is mainly burned to claim LAND (an ERC-721 token) as well as to make in-world purchases of goods and services.

Decentraland is a decentralized marketplace deployed on the Ethereum blockchain platform that sells LAND blocks in the metaverse. The virtual universe project was launched back in 2017 and attracted more than $ 20 million for the ICO. 30 professional programmers who were involved in the development of the meta world, managed to create a virtual world ruled by open standards, giving users full control over the content of the land they own and allowing them to keep all the proceeds from the value they generate for other users.

Each registered user, who can be either an ordinary user or a company, has the opportunity to purchase a parcel or several parcels of land in the virtual world for MANA tokens. Then, using the built-in 3D reality editor Builder, participants can create houses, factories, shops, where they sell goods and services for project tokens, which can be purchased for cryptocurrencies or dollars.

With the launch of the Iron Age, the project introduced two digital assets: LAND, the non-fungible parcels in which the virtual world is divided; and MANA, an ERC-20 token that is burned to claim LAND, as well as to make in-world purchases of goods and services.

The utility of LAND is based on its adjacency to other attention hubs, its ability to host applications, and also as an identity mechanism. Developers and other content creators demand LAND so that they can build on top of it and reach their target audience. Although every unclaimed LAND can be purchased at the same exchange rate (1000 MANA = 1 LAND), LAND parcels are distinguishable from each other, potentially trading at different prices on a secondary market due to differences in adjacencies and traffic.

On the other hand, MANA serves as a proxy to assess the price of a new parcel of LAND. Also, MANA used to buy goods and services in the virtual world creates utility value for the token.

The Decentraland roadmap is laid out in an easy to follow and digestible format. Hosted on Trello, it keeps the community up to date with a comprehensive list of what the development team is currently working on, broken down into LIVE, SOON, NEXT & LATER sections.

The project, according to many analysts, is quite promising. First of all, this is a new approach to virtual reality, which is already of interest to many users. With a competent approach, users have every chance of creating a profitable unique project. Besides, this project stands out among the many virtual coins. Western analysts are confident that shortly the metaverse will become very popular, and the main inhabitants of the virtual world will be the generation of millennials who spend a lot of time in the virtual space.

As the project manager Ari Melich noted, today companies specializing in the development of computer games release hundreds of products designed for virtual reality, which means that soon the influx of users into such metauniverses will gradually increase. One of the main advantages of Decentraland is its free browser access -- users do not need to download or install anything. They only have to go to the Decentraland website and register. Melich expects that shortly the number of inhabitants of the virtual world will increase by several hundred thousand participants, which will lead to an increase in value.