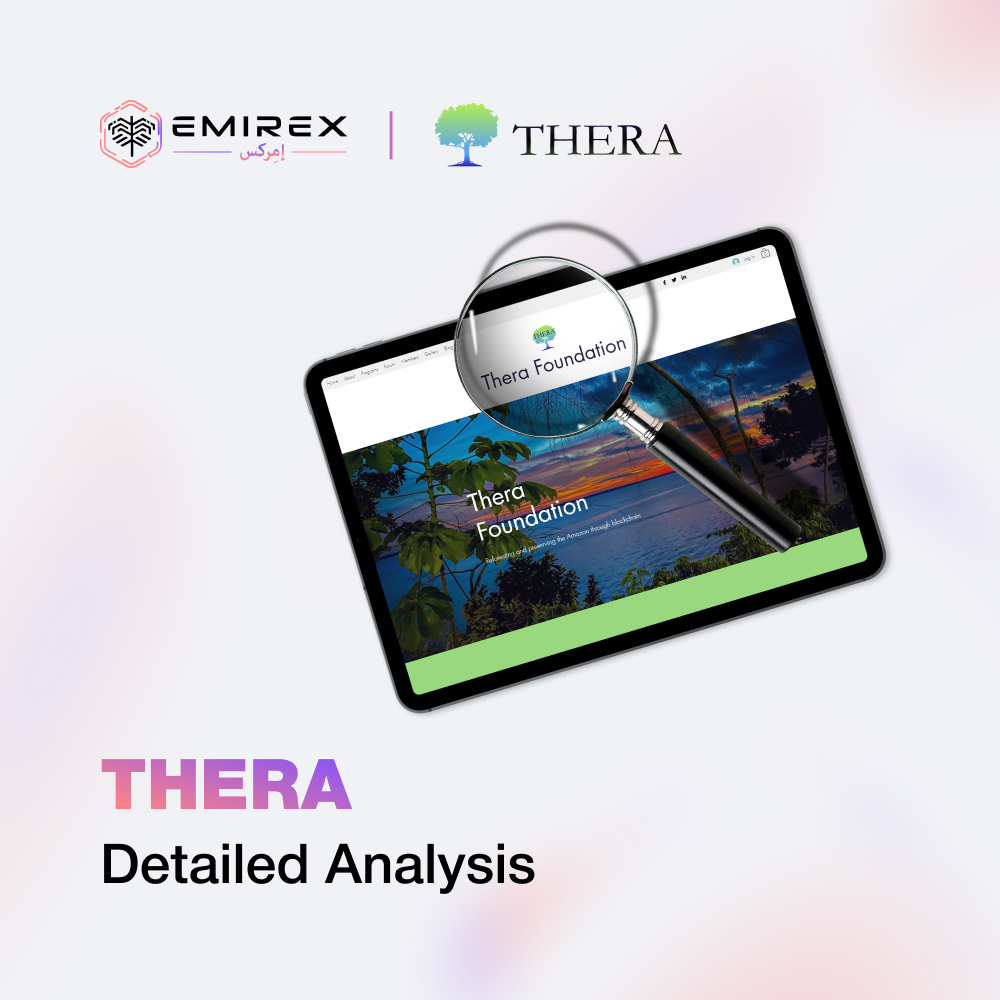 Thera Foundation is dedicated to putting its knowledge and resources to work to promote its mission. They have tested ideas and demonstrated that they can minimize deforestation through many linkages among clever enterprises. This corporation does not only reforest the Amazon, but it also develops novel techniques to assist indigenous peoples in using the forest as a source of financial independence. So far, they've saved 16,000,000,000 m² of green space!

Thera uses blockchain technology to ensure that each tree planted is traceable, and users receive their own digital tree in their digital wallet. Modern agriculture practices are taught to farmers on each plantation through green thinking and blue business strategies. These farmers alter their perceptions of what constitutes a burn and learn how to market their crops globally, rescuing them from poverty and providing a better life for their families. Thera can propagate a new amazonian population and reduce the deforestation problem by establishing initiatives that use cutting-edge technology!

Thera Tokens are produced on the Ethereum blockchain and are used to physically reforest trees in the Pan-Amazonia, with each token representing a new tree.

At Thera, they believe that the planter should receive benefits such as visiting a future replanted area or exchanging tokens for small gifts on the platform, forest nomenclature, program choice, exclusive products purchased with Theras, exclusive Thera doctors, and other programs such as pairing exchanges and carbon reduction programs around the world. The traded resource is used to pay the forestry team, carbon designer, platform maintenance, funding disruptive initiatives, construction of anti-deforestation projects, and blockchain apps that aid the Amazon Rainforest.

Thera's goal is to establish a globalized Amazon economy by incorporating their commodities, metals, enterprises, institutions, art, culture, music, and much more into the blockchain. Each Thera is a reforested tree whose worth is determined by Carbon Stocks, the Law of Good, and other factors. Learn more about TheraFoundation by visiting their Website, Linked In, Facebook, or Twitter!