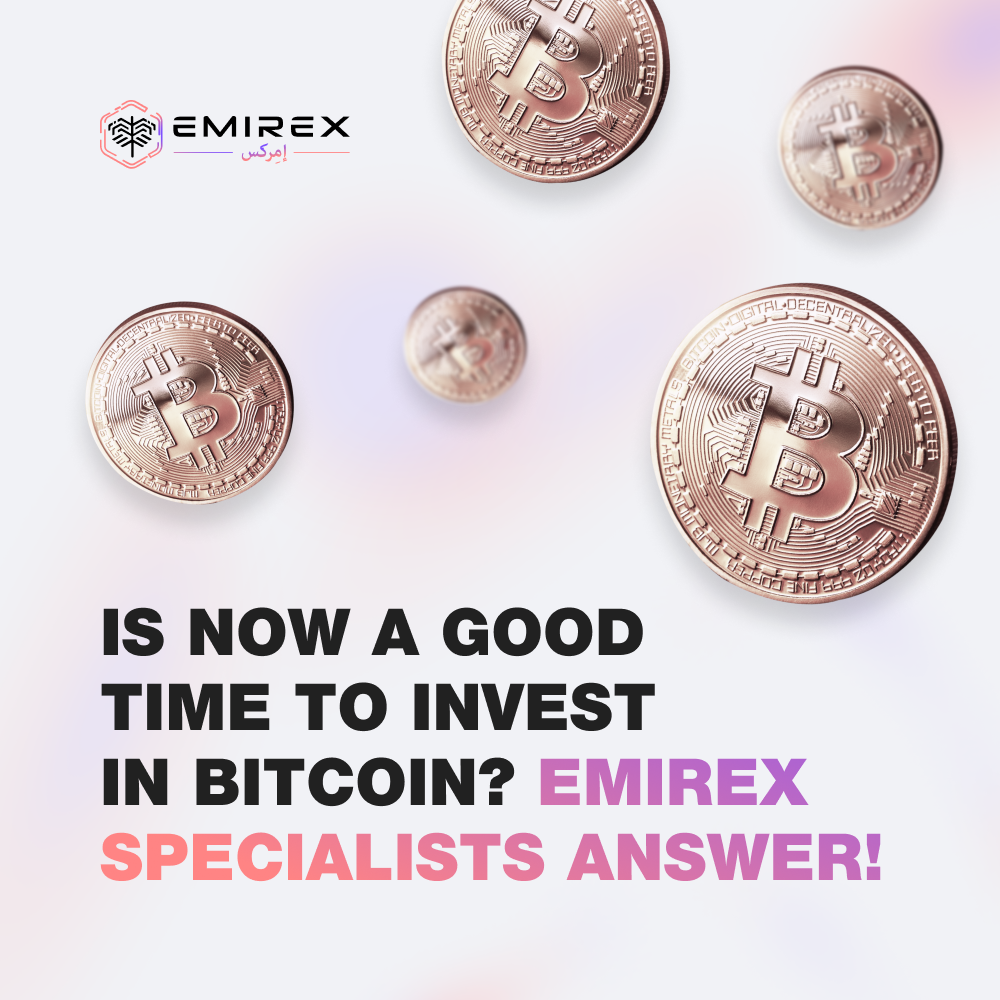 When the car was invented, people stopped riding horses and carriages around. Not immediately of course, because some people still ride horses, and they’re lovely. They’re not cars though, and that’s what crypto is, a fast engine for the financial world, that will logically propel society in terms of speed and technology. Many people didn’t appreciate cars in their time and thought: “Well, that’s just a trend, it’ll never work.”  The same thing happened with the internet, and look where we are today. Up until now, gold has had no rival. Enter bitcoin...

Many individuals are interested in investing in and trading cryptocurrencies, but many have never dealt with financial markets before. This raises a slew of issues and worries for them.

Should a non-professional begin trading cryptocurrency right now? How entrenched are cryptocurrencies in our lives? What can we anticipate in the future? And most significantly, what is the future of bitcoin?

With barely one in every 1,000 individuals now owning cryptocurrencies, the degree of dissemination of cryptocurrencies is 0.01 %. The bitcoin market has enormous growth potential. Consider a 1,000-fold increase in distribution given the existing market position.

There are already hundreds of trading platforms, and the number is expanding by the day. The trade volume on Coinbase tops $1 billion. It's difficult not to be interested in generating money with cryptocurrencies in such a setting.

Many professionals in this field have already amassed substantial sums of money. One way to generate money is through cryptocurrency trading. Crypto is still in its early stages. It is becoming more commonly accessible, and it will soon no longer be a luxury or a preference, but rather a part of everyone's everyday existence. This is the ideal moment to get a jump start.

If you break ground with cryptocurrencies now, when they account for even 20% of the industry, you will be a person with a surplus of options to create revenue. Dealing with cryptocurrency is an excellent opportunity to create the groundwork for your growth.

Why is bitcoin worth this much!

The answer is in people's perceptions and comprehension of Bitcoin's and the wider cryptocurrency ecosystem's fate. Analysts claim cryptocurrencies have a bright future, and Bitcoin is sometimes referred to as digital gold. According to our observations, investors continue to view Bitcoin as a digital asset in huge numbers.

There are two key causes for Bitcoin's exponential rise:

Approximately 18.5 million bitcoins have now been mined. This leaves less than three million that have still to be dispersed. There are only 21 million Bitcoins accessible for mining. Lack of supply can aim to safeguard value during a period of increasing rates and declining buying power.  Bitcoin is one of several coins on the market. Other investment alternatives in the crypto ecosystem might help you broaden your crypto holdings.

In terms of revenue, Bitcoin remains the preferred alternative for the most part. It has gained enough notoriety over the last decade to become a global superstar. As a result, it will remain competitive and on its journey to wide adoption.

Barring occasional minor dips, Bitcoin's general trajectory appears to be highly optimistic. Furthermore, Bitcoin's acceptance rate is increasing at an unprecedented rate. The quantity of Bitcoin wallets held in 2021 is expected to skyrocket. That is, more individuals are anticipating long-term investments.

Visa appears to be confident about Bitcoin's prospects. The settlement system is working on an API that will allow banks to offer solutions to retailers for trading cryptocurrency. Customers may also buy and store bitcoin using PayPal later on.

Major Wall Street firms are also aiming to permit Bitcoin and cryptocurrency trading on their sites. This is not to be overlooked, conventional firms have begun incorporating cryptocurrency into their operations as well.

Commentators believe Bitcoin's design is appropriate for the economic climate. The currency and blockchain network can easily survive the increasing prices and growth numbers.

The current coronavirus outbreak is a prime example. Even while the rest of the globe grappled with the COVID-19 and its influence on the economy, Bitcoin continued to expand steadily and positively. Many remain optimistic that Bitcoin's survival as a digital currency is the reason why it is still not too late to acquire Bitcoin.

So, should I buy bitcoin now?

To summarize, it isn't that late to purchase Bitcoin, and it will most likely not be for many years. Bitcoin can withstand the ravages of time, and investors are taking advantage of this ability to make higher revenue.

Given that few investors intend to sell their Bitcoins anytime soon, the value of BTC will remain high. If you're in it for the long term, like many of the financial institutions we highlighted above, you probably feel Bitcoin has a bright future. If you're not sure where to start with Bitcoin, you may employ dollar-cost averaging to mitigate risk.

With the recent dip in market prices, many investors chose to sell mainly because of the environmental damages of bitcoin mining. That led to future innovations as now people are looking at green mining alternatives as a method of reducing the environmental implications of greenhouse gas emissions, which in turn inspired bitcoin miners to come up with potentially promising methods and ways that may soon make bitcoin green.

However, the price dip is seen as an opportunity and a massive liquidation phenomenon for hodlers and crypto enthusiasts, along with people who never bought bitcoin because of its soaring figures. This could be your chance to buy bitcoins at a better price.

Whatever your reason may be, Emirex provides the greatest solutions for purchasing Bitcoin. Whether you are purchasing $10 or $1 million worth of Bitcoin. It only takes a few taps to join the bitcoin world.

Disclaimer: Emirex advises you to always do your math and research before you begin trading or investing.