What are public and private keys? 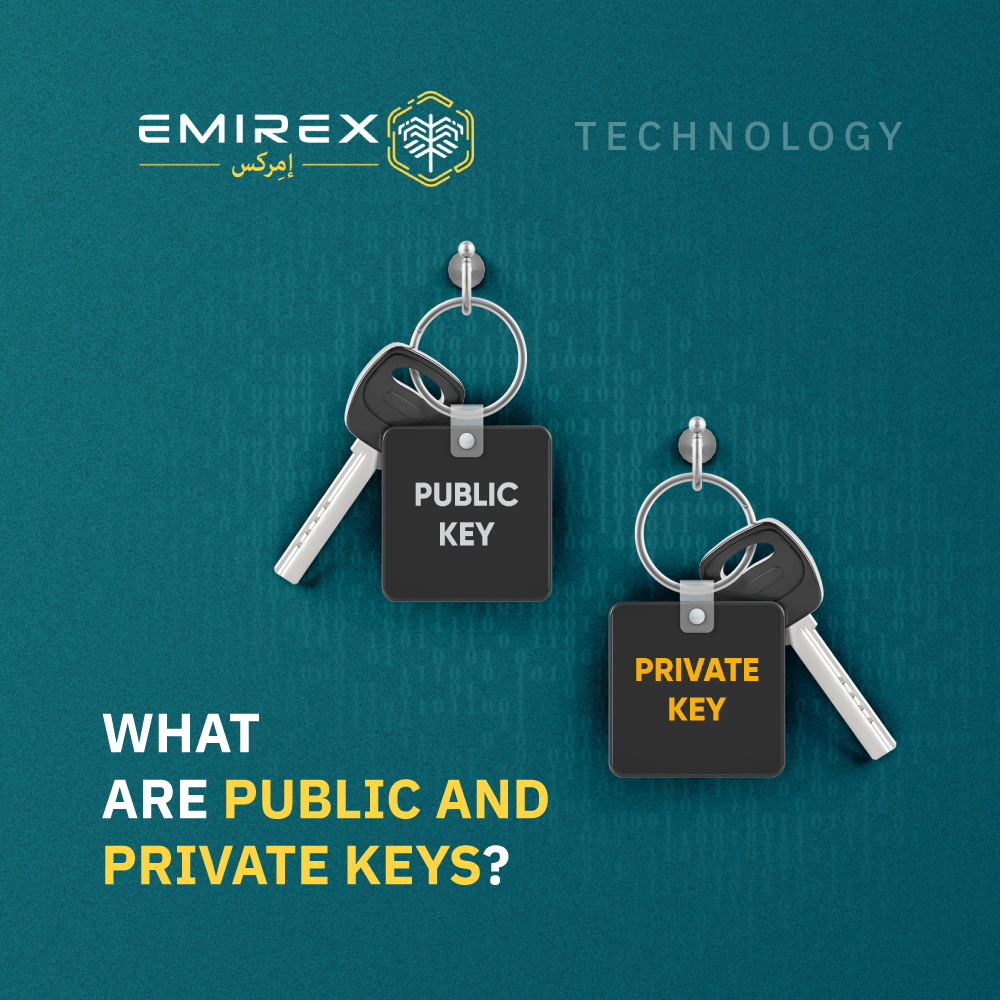 In the real world, we exchange goods and services simply by physically transferring them. But in the blockchain, this process looks a little different, which makes it so unique. To make transactions on the blockchain, users need at least two keys and a crypto wallet. This cryptography-based system allows users to transfer goods and services without relying on a third party. Let's see how it works and find the difference between the public and private keys.

Bitcoin, along with Ethereum and other cryptocurrencies, is based on open-source cryptography - a system that uses key pairs: public (commonly known and required for identification) and private (kept secret and used for authentication and encryption).

The process of transferring information in the blockchain is based on three main actions:

Each time a coin is transferred, the user sends an encrypted version of the public key to the blockchain. The public key is open for visibility to any network participant. Users exchange them with each other when it is necessary to make a payment (transaction). This key is mathematically related to a private key, which acts as a decoder for the information of the transmitted message.

A public key consists of a specific set of letters and numbers, generated from a private key. It is used to identify the user. To receive a cryptocurrency transfer, one needs to provide a public key to the sender. It can also be emailed to trusted contacts and users without fear of being hacked.

The private key has two main functions. The first is the secure storage of cryptocurrency since only those who know the private key can make transactions with the assets. That is why one needs to be extremely careful when creating a key and keep it safe.

The second function is to sign transactions. The private key is also a digital signature. As mentioned above, a unique public key or address is associated with each private key. When a transaction is sent to the network, the nodes verify the correspondence of the sender's address with its public key, while information about the private key remains secret for everyone, even for validators. As soon as the required number of confirmations is received, the transaction will be delivered to the recipient.

Is it possible to compute the private key?

In this case, we are talking about a complex mathematical algorithm. Even though the system allows you to easily generate public keys from private ones, the reverse process of calculating a private key by guessing or brute force is almost impossible. In essence, it represents a number in the range from 1 to 10 to the 77th power.

The mechanism for performing the reverse process is so complex that even the most powerful computer in the world will take millions of years to implement such a calculation. Thus, thanks to the clever interaction of public and private keys, we can quickly and safely exchange cryptocurrency in trading, or for any other purpose.