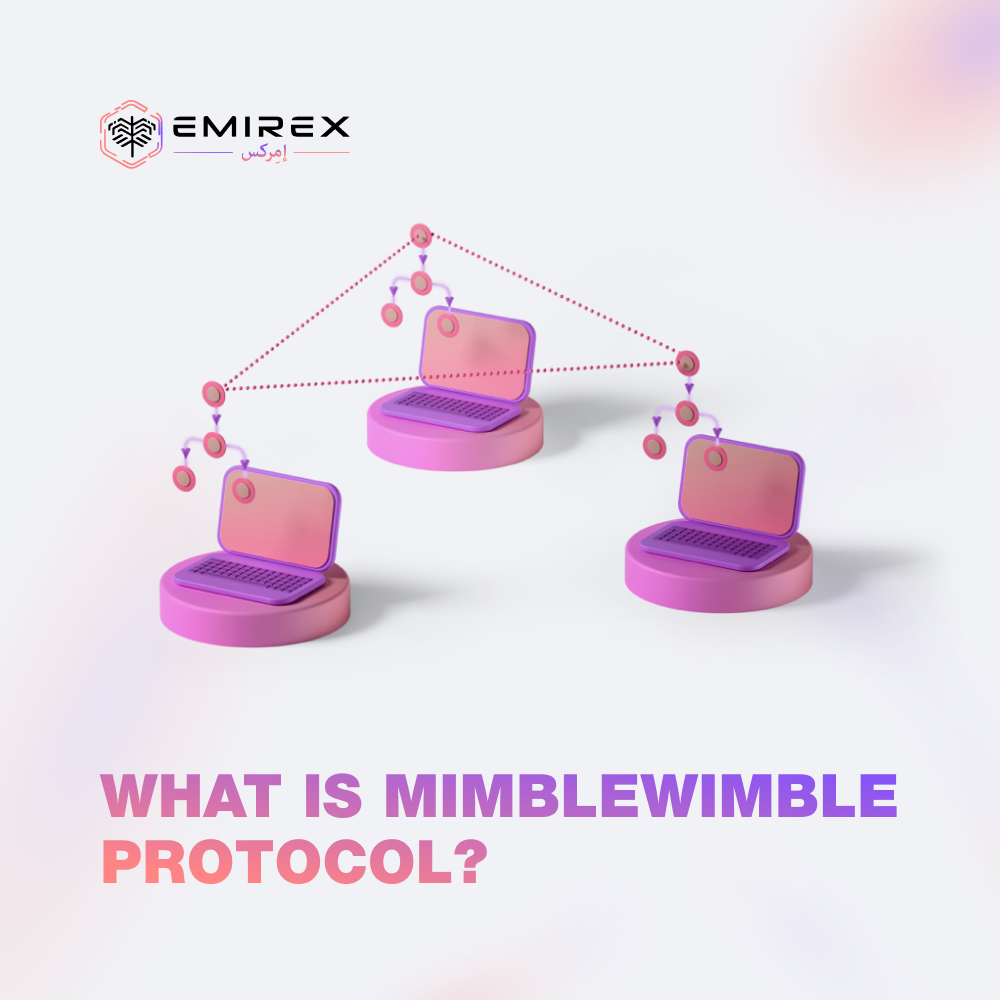 Mimblewimble is a blockchain anonymity protocol that ensures privacy. In this post, you will learn everything about this protocol that is of importance to you.

Mimblewimble is a one-of-a-kind protocol that builds on the concepts of Proof of Work by altering how transactions are handled and issued by the network. The idea is so innovative that it sparked a brief burst of interest, prompting projects such as Litecoin to build a testnet version.

This essay will investigate the Mimblewimble blockchain system's operation, advantages, and application cases, so let's get started.

Mimblewimble is a blockchain protocol that uses a method that is fundamentally different from standard cryptocurrencies to improve scalability and privacy. It was first offered in 2016 by an online user posting under the pen name Tom Elvis Jedusor, the French name for Harry Potter figure Voldemort. Adam Poelstra, a Blockstream developer, updated the concept and began working on a realistic implementation two years later.

The concept debuted in 2018 and has since given rise to two cryptocurrencies: Grin and Beam. Litecoin also integrated Mimblewimble in October 2020 as a way of improving the project's transaction throughput and privacy features.

How does Mimblewimble work?

Mimblewimble's fundamental concept is to update how the ledger itself functions within a blockchain network. Mimblewimble's blockchain does not give such details, instead giving data on each transaction as well as all of its metadata (timestamp, money transferred, and so on). Since there is no identifiable transaction information, data on an MW network appears to users outside the network as a collection of random data.

As a consequence, this sort of blockchain network has a brief history that is simple to store, disseminate, validate, and synchronize. There is also a risk to privacy because there is no link that may connect two addresses via transactions.

Each user is aware of the quantity or value of tokens exchanged, but the opposing party has no means of knowing where the tokens originated before the transaction or with whom they have previously engaged.

Another important design decision allows Mimblewimble to eliminate superfluous transaction information as well as a substantial amount of block data. With the arrival of the latest block, the input and output would only reveal the original and last-receiving users, rather than revealing all users in between.

Even though Mimblewimble provides significant advances to blockchain technology, the model was not warmly welcomed by core Bitcoin developers since it was perceived to be too fundamentally different. Furthermore, the MW system deviates significantly from what Satoshi Nakamoto envisioned for the main cryptocurrency.

As previously said, several benefits make Mimlewimble an appealing answer to all of our issues. It has the potential to address concerns like block size, scalability, and even privacy. We will examine each problem separately to give you a better understanding of how MW handles them.

Mimblewimble performs an excellent job of enhancing privacy levels on its native blockchains by obfuscating and eliminating superfluous transaction information. Only individuals that engage with each other are privy to personal transaction information such as the number of tokens exchanged, but the amount of data conveyed to outsiders is small.

Mimblewimble eliminates block data to improve scalability and privacy. As a result, nodes can validate transactions quicker, use fewer resources, and instantly synchronize with the network. All of this is due to the lower block size.

One significant beneficial side effect of smaller block sizes to consider is that more users can pay to join the network. Since the prices and resources required to validate blocks are lower, the mining community is considerably more diverse.

Mimblewimble networks gain from scalability as a result of the aforementioned qualities. The slower pace of data saved, recorded, and disseminated to the rest of the network results in increased transaction throughput.

While only native MW networks have this benefit, it is worth mentioning that other networks (Ethereum, Bitcoin, Litecoin, and so on) are capable of incorporating Mimblewimble as a sidechain solution in the same way that Lightning Network is.

Mimblewimble is a blockchain paradigm with enhanced scalability and privacy. It peaked in popularity the year it was released, and aside from Grin, Beam, and Litecoin, not many developers have been interested in exploiting it since then.

The impediment is most likely caused by Mimblewimble's dramatic changes, among other difficulties. Furthermore, several more appealing privacy and scalability solutions emerged in the interim, limiting Mimblewimble to a small group of blockchain aficionados.