Why cryptocurrency is more stable than fiat 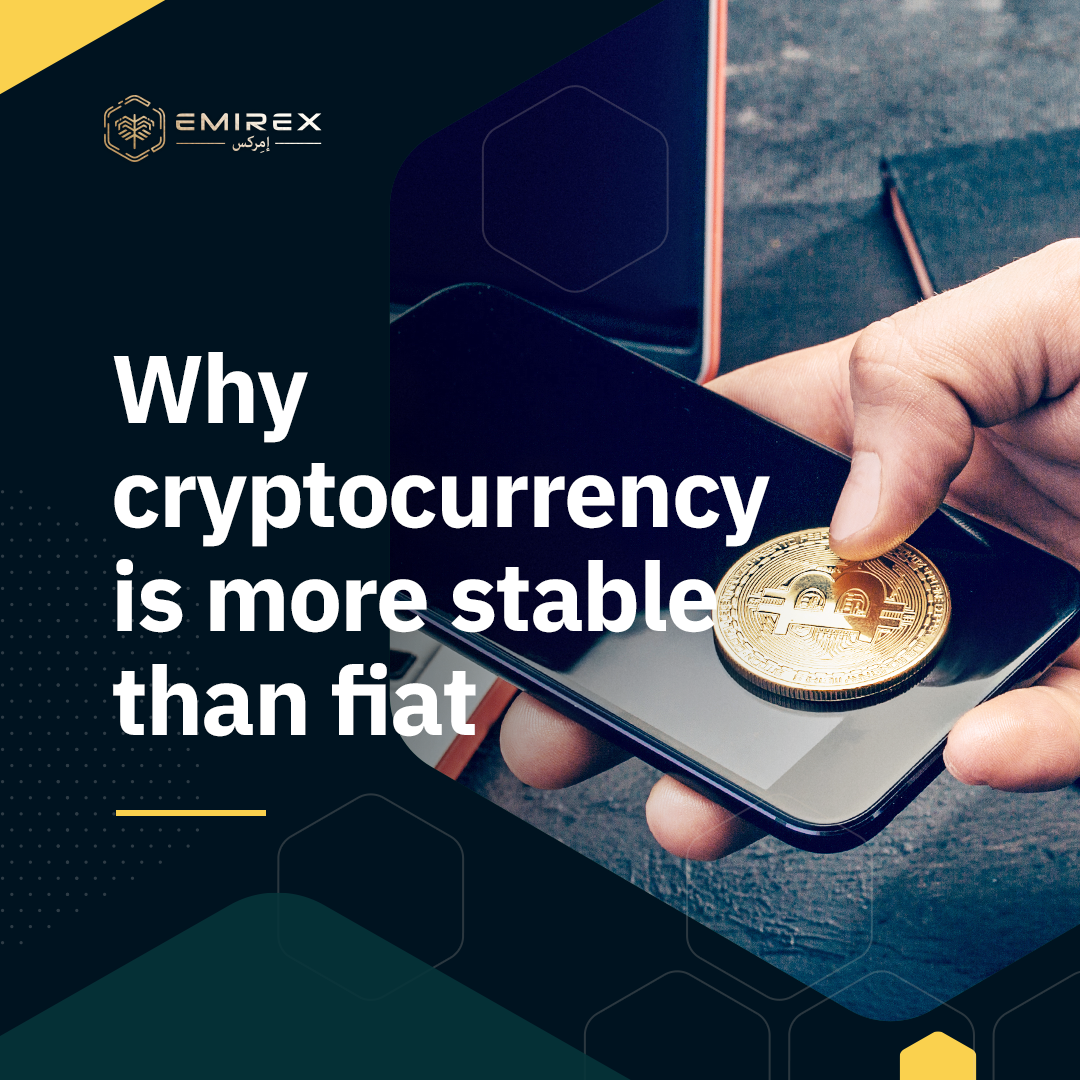 With the appearance of centralized government each nation started to use currency to support the trading and exchange of goods. Back in the days, people were using money made of valuable metals, mostly gold and silver. With the development of banking system and creation of first Central banks, governments started to print paper money that was applied to certain amount of gold. But in the past 100 years this system has changed and now paper money of each government mostly tied to countries economy and worth of its production. For the trade between different countries or investing, exchange rates were created, that are values by the demand for each countries goods from foreign nations. This facts lead to different problems that can rise in fiat currencies but not if you are investing in cryptocurrency.

Stability of fiats value depends on an economic and political stability of a country. Economic stability of a country determined by its diverse production and by a demand for the goods inside and outside of a country. Some countries currencies that are mostly depend on production of certain goods, like Russia’s production of oil, affected the most if the price of that good is dropping. In other countries, policies of central bank can lead to high inflation that will again lead to a drop in price towards foreign currencies and lower the investing rate. Also, there are various political aspects, like trust into the political leaders from investors or ongoing wars that will affect the stability of fiat and its worth on the market. No one will want to hold their capital in the country’s currency that might politically collapse but that could be solved if you are investing in cryptocurrency.

All of these factors stimulate people to invest in assets that are not depended on countries or individuals performance. It is way safer to keep your savings in something that will worth its price despite the other external factors. A lot of investors a looking into store of value assets. These kinds of assets maintain their value without depreciation. The best example of store of value asset is investing into gold or other precious metals. Some invest into the bonds of the most stable economies such as U.S. Treasury bonds. In the past 10 years, millions of investors around the world started investing in cryptocurrency

Increase of numbers of participants on cryptocurrencies market shows that more and more people acknowledge the fact that digital currency can act as a more stable replacement of fiat. Capitalization of different cryptos have reached billions of dollars and growing which shows a trust from investors from all around the globe. Investing in cryptocurrency is more safe and has less restrictions from legislation which makes it easy-to-access and profitable asset.

For the ones who are just asking questions like how to invest in cryptocurrency or how to store your cryptocurrency, EMRX is offering a good read about the best referral programs on the market where 20 best programs are explained.

What are the risks of fiat?

Investing in cryptocurrency has fewer risks than holding fiat currency. It doesn’t depend on economic performance of a single country; it’s more tied to an economic performance of the whole world. If, for example, Argentine Peso (ARS) will drop in price twice fold, it will not affect the BTC but will be a catastrophe for Peso holders. After the announcement of possible default in the country, people who stored their capital in crypto has benefited from their investment. It is for you to decide is cryptocurrency a good investment. Let’s imagine, that Lebanese investor holds all of his assets in Lebanese Pound. Lebanese banking crisis will cause the loss of most of his holdings. This would not happen if Lebanese investor would keep his capital in ETH, BTC or EMRX tokens because stated cryptos are not affected by something that happens in one country. Other example is political instability that will not affect the trade that is performed through digital currency. Let’s imagine that Iranian producer of TVs is selling his production to Brazil using Iranian Rial. Then, Iraq declares war on Iran, which causes a drop in trust in Iranian economy and Rial is losing its price towards Brazilian Real. It will not be profitable to trade anymore but if trader and seller would agree to use EMRX coin or investing in cryptocurrency, this problem would be solved. Crypto is for saving your time and investing your money smart. Other example is oil crisis of 2020. Investor that holds his money in Arab Emirates Dirham (AED) would lose in his capital because of the drop of AED price. Investor would save money if he would have bought crypto.

What’s the difference between fiat money and cryptocurrencies? It is clear to say, that using digital currencies is more stable than using fiat. Firstly, it doesn’t depend on an economic performance of a single country; cryptocurrency is an international asset and is not affected by it. Secondly, cryptos cannot be controlled by organizations like Central Bank in terms of controlling the emission or setting the fixed exchange rate. Thirdly, tokens like BTC or Emirex cannot be affected by political instability of governments that will lead to wars or revolutions. As we said before, investing in cryptocurrency is an international subject, not national. Last but not the least, digital assets cannot be affected by any natural disasters that possibly can cause major problems to the economy you investing into. All of these make crypto way better option to keep and investing your assets rather than fiat.

Nonetheless, some investors are still suspicious about HODLing their assets digitally. This uncertainty is caused by newness of the crypto market.  Though, investing in cryptocurrency and it crypto market were showing a great performance in the past 10 years. Market capitalization of major coin BTC has reached 159 billion dollars and growing. All cryptocurrencies together make around 245 billion dollars in market capitalization which is more than total GDP of Portugal, Greece and New Zealand. It means that demand for crypto is bigger than demand for all goods and services produces in stated countries in dollar value. This trust into the digital assets market makes more investors to join. Of course, there are still risks like market manipulation and world’s economy recession but these challenges can be faced in any asset that exists. After stating pros and cons of investing in cryptocurrencies it is up to you to make a decision on your future investment decisions. Throughout the years, investing in cryptocurrency has proved that it is a stable store to value and it can be used as a replacement for fiat.