Why IEOs do not have a future? 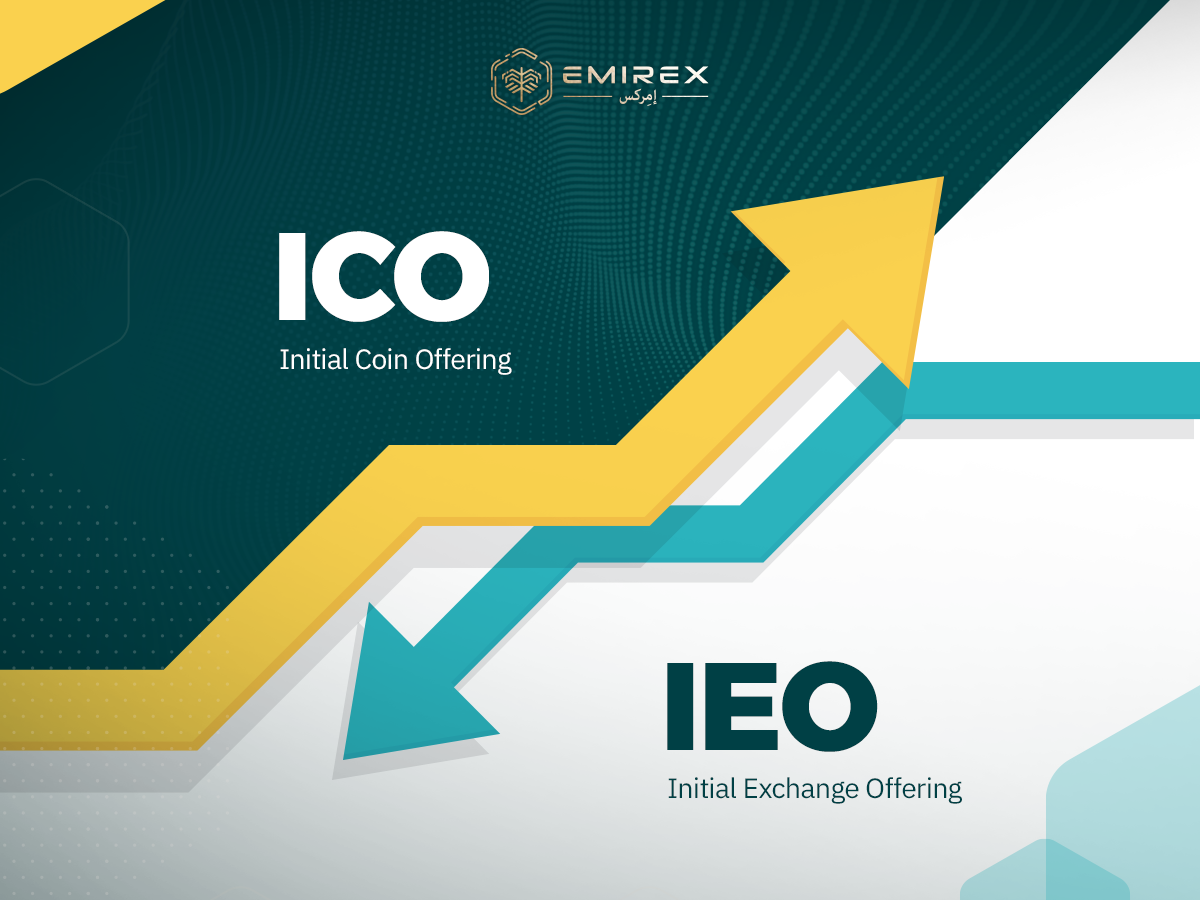 For any cryptocurrency enthusiast who is trading or HODLing crypto assets, or even just keeping a track of news on the blockchain market, the term IEO will sound very familiar. Unfortunately, not all of them fully understand what it actually is and how it actually works. In this article we will try to explain what is IEO, is it profitable to invest into IEO 2020 and is IEO crypto still up to date.

Each new technological or financial startup is looking to become bigger each day on the market. The possibility to grow in our world is only possible if you have the starting capital that will help you to reach your goal. Usually, companies that are looking for new round of investments are getting the direct transfers from investors by selling a share in of company or having an IPO – initial public offering, when anybody can buy a certain amount of company’s shares. The system in blockchain startups’ financing is slightly different. It is called ICO, which means Initial Coin Offering, when a new startup is issuing coins that will be ready to be sold for a public sector.

ICO implies that all potential investors and coin buyers are looking to make direct investments without any third parties. Also, ICO is not that similar to IPO, because in the first case potential buyer will acquire coins, but not shares. Nonetheless, there is a mechanism when a company can actually sell its shares but not coins, which is called STO – Security Token Offering. During STO actually the stock of the company are offered. Now, knowing what ICO’s and STO’s are, let’s try to understand the concept of IEO.

IEO, which meaning is Initial Exchange Offering, is a mechanism that is very similar to ICO. Some new startups are looking to make money by issuing their own token but they do not have the needed auditory to attract enough investors. So, startups management delegates the rights to sell the new issued tokens to crypto exchange, usually by a fixed price. It means that IEO is basically an ICO that is made by an exchange. It is in exchanges responsibility to choose the right IEO that will not be a scam for its users.

How does an IEO work?

Basically, a company that is looking to make money by spreading the coins that are backed by their technological or financial start up is signing a contract with a cryptocurrency exchange. IEO’s company has to pay a fee to the exchange for platform to list their token. It is in exchanges responsibility to check if IEO’s project is trustworthy and not a scam, otherwise exchanging platforms users will be really upset for investing money wrong. Also, exchange is responsible for doing AML/KYC so on the one side it is less work the project but it is more expensive than listing the token by yourself.

Another important thing is to set the price for the future sale of the token and set the supply for the IEO. It is important to inform the traders on how the market will react on new asset. Some IEO’s warn that the acquired asset will not be possible to sell in the first year so there won’t be market manipulations.  Most of the IEO’s set fixed price for the token so people will be able to buy the token on the platform but won’t be able to make profit in the same place.

Some exchange also charge a percentage earning for the total amount bought on the held IEO. It means that exchange is also interested in promoting IEO as much as possible. Exchange will not only be a platform where a new token listed, but also a partner that will earn profit in the future success. It is way smarter to delegate all of this work to professionals who work for exchange rather than trying to sell tokens of your projects by yourself and here we will explain you why.

First and very important reason to use IEO for token promotion is trustworthiness. A help of the exchange will boost the trust from investors and increase the sales. Exchange will have to screen every project it is about to work with before the start of the launch. It is in exchanges responsibility to maintain their good reputation so the traders and investors will not leave their platform. Any project that is added on the exchange platform will affect its reputation so all the investors can be sure that tokens that they are buying are real.

Second advantage is IEO’s are secure. Exchange is using all same cyber security mechanisms for IEO that they are using to maintain their platforms protection. Exchange is in charge to manage all smart contracts, handling KYC and AML processes. And this is another reason why IEO will be always better than ICO. Anyways, it is important for IEO’s project maker to check that the exchange they are signing a contract with did not have any security problems in the background.

Another advantage of IEO is that they are easy-to-use.  For a startup it will be really hard to create a special platform, website and a team that will support all of that for ICO. It is eay easier to have an exchange that has a major experience to do it. It will make the entire coin offering much straightforward. All of the hard work will be done by a third-party who is more experienced in that. It is definitely way cheaper to pay the fee and a percentage from sales rather than paying your own way to set an ICO.

Last but not the least advantage is synergy. Exchange platform will help the startup will a marketing campaign because it is in their interests. Also, all of the regular client will see the new IEO and might even invest into it. You will get interest not only from your own community but also from an exchanges community which will boost the amount of investors and money raised. And don’t forget, that exchange can hold multiple IEO’s at the same time, so users of other startups will get to check your startups IEO. Overall contribution from the synergy of the resources will definitely pay off.

The boom of the ICO’s in 2017-2018 had made a lot of investors upset because tons of projects were basically a scam. Opposing to that, IEO is very secure because of the multiple reasons like trustworthiness and security of the exchanges that hold an IEO. Also, it is definitely easy to delegate the responsibilities for promoting and supporting the token offering to the exchange. And we should not forget about the synergy that will create and IEO opposing to ICO.

Therefore, IEO is pricy and startup will have to pay a fee to make it to exchanges list. Also, exchange might charge a percentage from sales depending on contract. Anyways, startup might spend more money by organizing the same processes by itself.

It is clear to say that IEO is one of the best ways to raise money for the startup and their native tokens and is will be used for years until other mechanism will not appear.