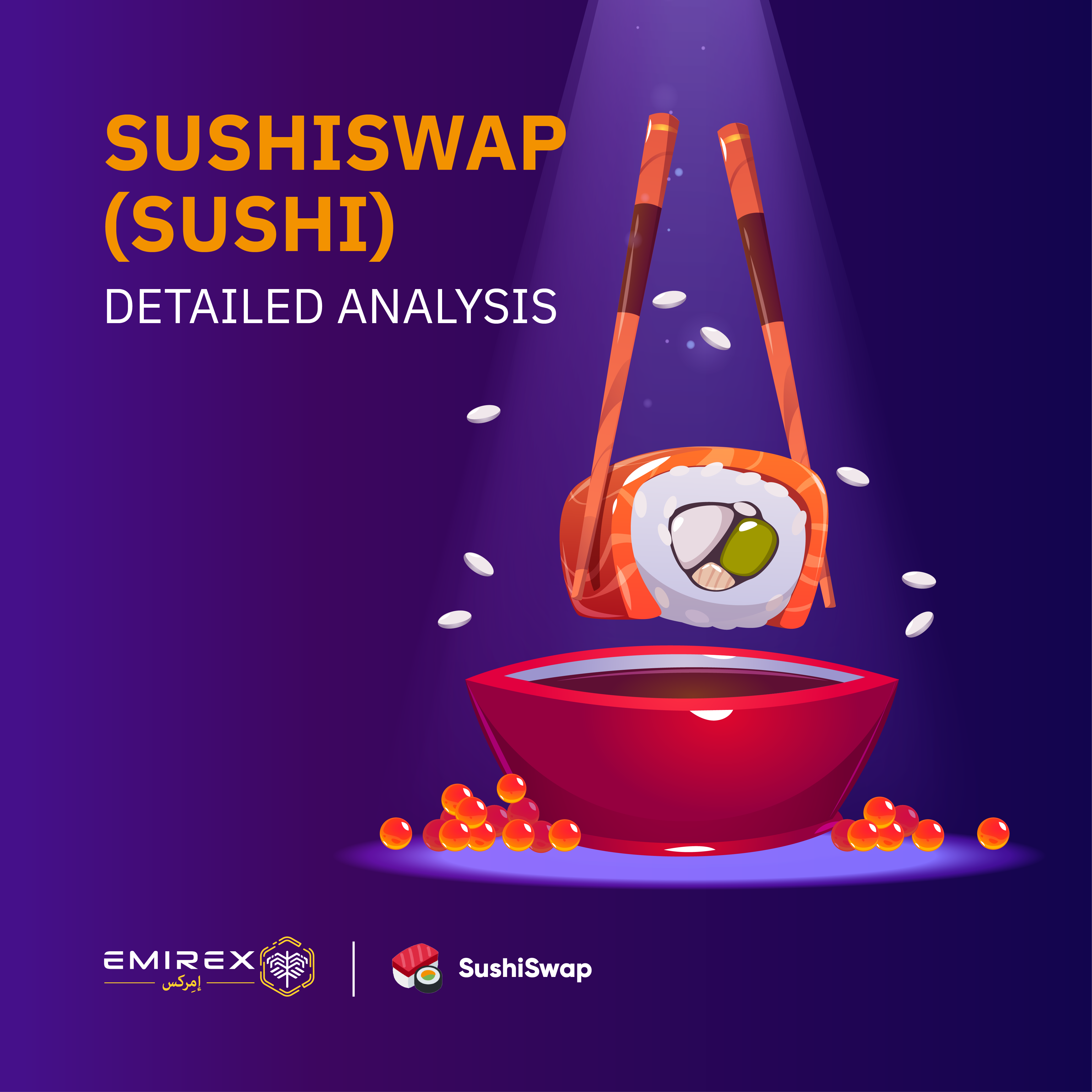 SushiSwap is an automated market-making (AMM) decentralized exchange which uses smart contracts to create markets for any given pair of tokens.

SushiSwap allows anyone to provide liquidity and get reward of SUSHI tokens.

The SushiSwap model means that 0.25% of all trading fees go directly to the active liquidity providers and 0.05% gets converted back to SUSHI and is distributed to active sushi holders.

SushiSwap (SUSHI) - is a new DeFi protocol based on the Ethereum blockchain designed to incentivize users to create liquidity on the platform. The Sushiswap platform was created by the developers of the Uniswap exchange, and, is its improved version with extended functionality. The liquidity creation process is similar to Uniswap. The key difference is that SUSHI tokens allow users to earn a portion of the protocol's profits, even if they are no longer liquidity providers.

Users can add liquidity to the Sushiswap pool and receive a reward (SUSHI tokens). However, unlike Uniswap, early users are considered the most important participants in the protocol, so even with a withdrawal of funds, they will continue to receive rewards. However, it should be understood that this reward will also gradually decrease if liquidity is not continued to be supplied.

The Uniswap exchange operates on the principle of liquidity pools that replace order books. A user who blocks his coins in the smart contract becomes a liquidity provider. Blocked tokens are combined into liquidity pools. Anyone can open a pool with a new cryptocurrency.

SUSHI is SushiSwap’s native token. SUSHI tokens are given as rewards for liquidity mining. The token allows its holders to participate in the governance of the platform and entitles them to a portion of the fees paid to the protocol by traders. For the governance of the platform, SUSHI holders can submit a SushiSwap Improvement Proposal (SIP) which token holders can vote on with their tokens.

SUSHI tokens were originally distributed as a free reward to members of 13 special Uniswap pools created through the SushiSwap website. The main source of demand for SUSHI is trading commissions in the protocol. The token price rises with an increase in trading volume.

The SushiSwap protocol is designed to issue 100 tokens in each Ethereum block, although this figure was increased 10 times for the period before the migration to the SushiSwap protocol to encourage early adopters. Subject to the release of 100 new SUSHI tokens in a block and the current block generation rate in the Ethereum network, a year later there will be 326 million SUSHI in circulation, and in two years almost 600 million. SUSHI has an inflationary mechanism that stimulates not only to keep the token but be an active provider of liquidity.

An important fact is that holders and liquidity providers do not receive all SUSHI tokens: 10% of new coins are automatically sent to the developer fund.

The roadmap is not presented in its classic form, but a post on Medium called “SushiSwap Grand Opening” can be considered as a kind of roadmap. On which shortly developers will have to tackle the following issues: 1) More UIs and language support, 2) Limit/Stop Loss Orders, 3) Mobile Support, 4) Better LP tools, and 5) Refining UX for harvesting SUSHI.

The blog also suggests exploring “new ways to earn SUSHI in conjunction with the current pools being rewarded,” with “Gems” being one of these ways. The roadmap under review also puts forward ideas on changes in governance specs and the treasury, while also stating that partnering with the likes of  Aave, Compound, REN Protocol, Hegic and Opyn can be worth it.

Decentralized exchanges are thriving with trading volume on a long-term trend and recently exceeded $ 2 billion per day. This shows that the prospects for the development of DEX exchanges and the entire DeFi sector are very great.

In this environment, SushiSwap has generated interest among many market participants. Five days after the launch, the capitalization of the token has already exceeded $ 250,000,000. The UniSwap fork shows perspectives mainly because it does not raise funds for development from third-party organizations but completely relies on the community, which meets the principles of decentralization. SUSHI's value increases as the SushiSwap ecosystem grows larger

The emergence of SushiSwap fosters competition in DeFi, not only for the promising UniSwap v3 but also for several other projects that have failed to implement governance and community incentives.