What is an Automated Market Maker (AMM)? 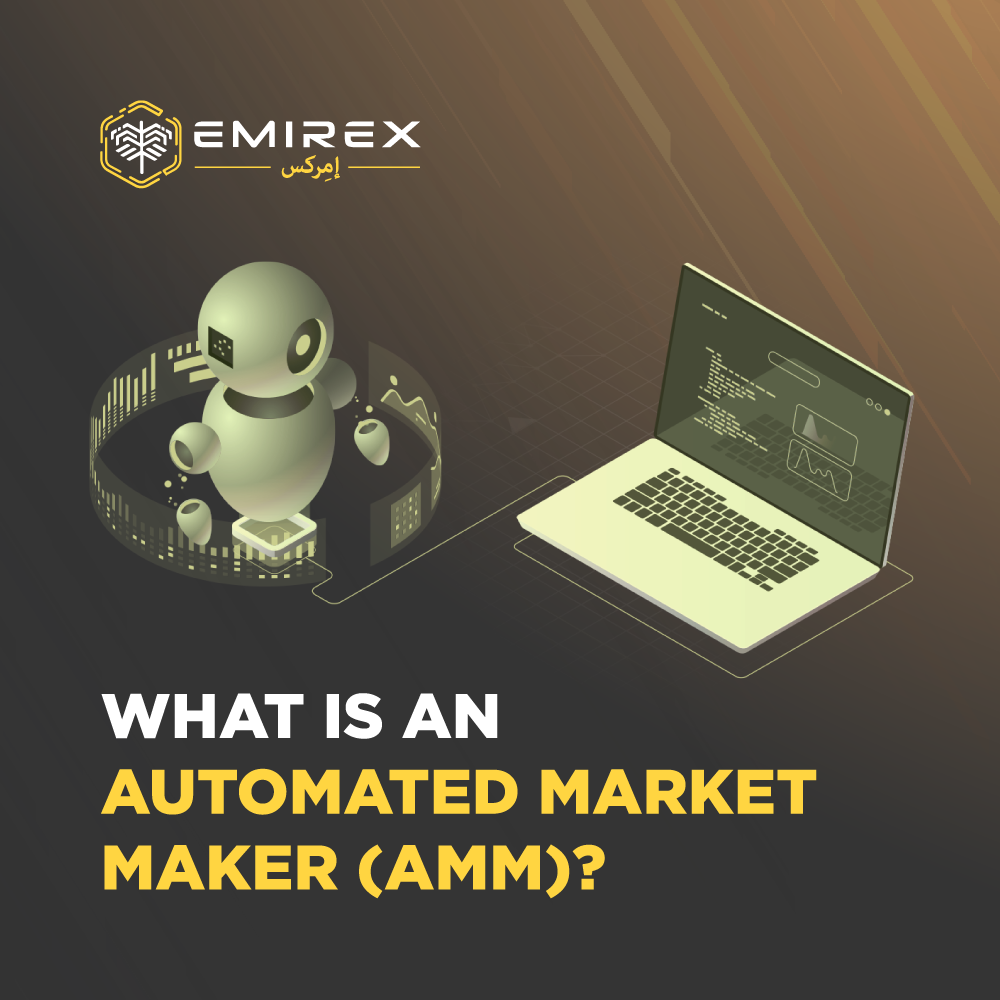 For a long time, exchanges were forced to use order books, which had to be both filled in and analyzed manually. Therefore, there were serious restrictions on the speed and efficiency of work. But with the widespread use of computers, automatic systems, and the Internet, the situation has changed - the traditional principles and approaches have been replaced by automated market makers or AMM.

What do we know about AMM?

AMM (Automated Market Maker) is changing the perception of the financial world of the 21st century. This is a completely new innovative product created in the decentralized financial sector (DeFi) and based on decentralized exchanges (DEXs).

AMMs are created to change the exchange of cryptocurrencies between users. Instead of the usual buying and selling practice, each party that wants to trade will be pre-funded with liquidity pools in the chain. The liquidity pool allows different users to switch tokens on the chain in a completely different way from the normalized and decentralized way that has been practiced previously. Liquidity pools allow users to easily switch between tokens in a fully decentralized and non-custodial way. Meanwhile, liquidity providers receive passive income from trading commissions, which depend on their share in the pool.

The AMM is built on a transaction method that uses an algorithm to calculate the price of a token right at the time of purchase. The process itself has no concept of sellers; instead, smart contracts act as an intermediary. The seller places the asset in a place called the liquidity pool, and then the buyer exchanges the assets they already have for the assets in the pool via a smart contract.

AMMs are similar to traditional exchange order books in that they also work with trading pairs such as ETH/BTC. However, a user does not need to have a counterparty (another trader) on the other side to complete a trade. Instead, he/she interacts with a smart contract that "makes" the market for him/her. On a decentralized exchange, trading takes place directly between users' wallets - peer-to-peer (P2P). AMM can be viewed as a peer-to-contract (P2C).

Transactions take place between users and contracts, so there is no need for counterparties in the traditional sense. Since there is no order book, there are no order types in AMM either. The price one gets for the asset he/she wants to buy or sell is determined by a formula:

The current DeFi market has shown its opportunities, but also its disadvantages. Today’s difficulties facing AMMs are:

Every problem has a solution. One of these is the new market players, automated market makers that have aimed to maximize the use of technology and support the ambitious effort of the innovative approach to the global market. An example of the next-level AMM exchange is the EmiSwap, which allows its ESW token holders to be the owners of the project, have a right to get a share of profits, and make decisions on its future development.

It is an automated market maker (AMM) and the associated liquidity pools that have attracted the closest public attention to decentralized finance (DeFi). And even though this method of work still has some drawbacks and is in its infancy, it is very promising, which will allow it to improve in the future.