Why EMRX token would continue to appreciate? 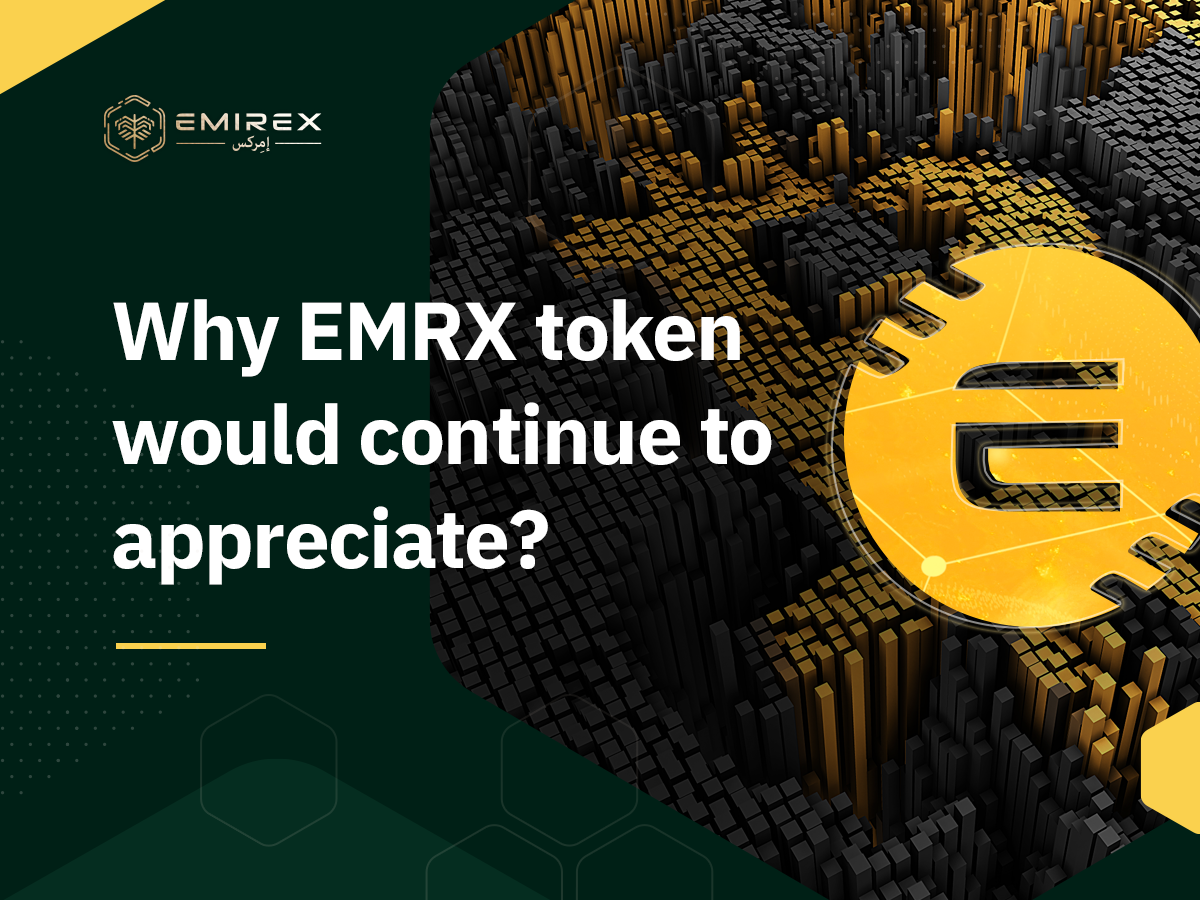 Cryptocurrency world has established itself like a profitable and secure investment where each year new crypto projects appear. Is Cryptocurrency worth investing in 2020? It is a question that a lot of people ask right now. People all around the globe have heard about Bitcoin and other digital coins. Some of them are already trading cryptocurrency and using it as store of value asset. Although since the launch of BTC, the best performing crypto, diversity of offered products has appeared. Which is the best Cryptocurrency to invest? Nowadays, digital coins are not the only asset that investors might look into. With appearance of different crypto projects, each network issues its own ecosystem token. A lot of investors and people who are trying to enter the crypto market don’t know the difference between coin and token but those two have different use and meaning. So what is the actual difference between coin and token?

Coins, which can be referred as altcoins, basically are digital equivalent of money. Bitcoin is the most famous example. Bitcoin is blockchain based. It’s public and distributed through the digital ledger, where transactions can be traced. Data is stored collectively and shared between participants of blockchain network. Coins have the same characteristics as money: they are fungible, divisible, acceptable, portable, durable and have limited supply. Most ambitious cryptocurrency users and best new crypto projects believers say that coins will replace classical money in the nearest future. Coins are not meant to have any functions but acting as simple money. Some crypto enthusiasts use terms “coin’ and “token” to refer to the same thing which is completely wrong crypto overview. Let’s dig into it to have a better understanding of what token is.

Tokens are digital assets that are issued by projects and are being used for the purposes of its ecosystem. It has a similar use as coins but with a major difference that it gives its holder a right to participate in the network’s activities. Tokens may represent company’s share or give an access to the project’s functional. Tokens represent an asset or utility, so security and utility tokens are distinguished. Creating a token is easier than creating a coin, as you don’t have to create a new code or modify already existing one — you just use a standard template from platforms like Ethereum that are blockchain-based and allow anyone to create tokens in just few steps. Security tokens are designed to be the company’s share, while utility tokens have certain use case inside the project. Coins are just method of payment while tokens may present a company’s share, give access to product or service and perform many other functions. A good example of utility token of a certain project is EMRX of Emirex exchange which opens a new crypto future for its users.

Emirex Exchange, a company that has been trusted by thousands of users, has launched a new crypto token EMRX which will make the work of its users easier and more profitable. EMRX functionality is structured around the utility it provides. It creates a growth spiral through the built-in mechanism in which the ecosystem participants can earn EMRX for their participation. Proactive engagement with the wider community of traders, investors, Issuers and partners, who are the direct beneficiaries of the growth of EMRX, drives growth and generates the network effect.

EMRX token can be used to pay for the products and services of the Emirex Group where you can get access to the cheapest way to buy crypto. Users will receive a discount if they pay transaction fees, listing fees or application fees in EMRX. They will also enjoy priority participation in IEO projects.

Also, different rewards will be offered to Emirex Group’s active. There are various programs for the different stakeholder groups, including rewards for active investors, paybacks for asset issuers, rewards for contributors of work, as well as airdrops with partner coins. Through the use of EMRX Token, users will be able to enjoy bonus EMRX by successfully inviting new users to register with Emirex infrastructure. Emirex users will be able to convert crypto dust that is equivalent to less than 0.001 BTC into EMRX tokens. EMRX functionality will be enhanced as technology develops. The number of EMRX tokens is limited to 500,000,000. It is issued as an ERC-20 token, compliant to the public Ethereum blockchain. There are way more features that EMRX consists of that will not fit in one short EMRX review.

Why Tokens are better than Coins?

EMRX token is just a great example of why investing into tokens sometimes better than into coins. Any cryptocurrency review like BTC and other major cryptocurrencies will show that they are not as profitable as before. Crypto enthusiasts are mostly just holding their assets and making profit on small fluctuations of market price. Oppose to that, tokens like EMRX showed a really sharp rise in prices. EMRX token has risen up to 15 times in price in the first year of its existence. Also, EMRX gives lots of benefits to the ones who are using products of Emirex group. Tokens are not only profitable asset but also a way to be engaged within the ecosystem of a project it represents.

The main difference between altcoins and tokens is in their structure; altcoins are separate currencies with their own separate blockchain while tokens operate on top of a blockchain that facilitates the creation of decentralized applications. The majority of coins in existence (close to 80%) are tokens since they're much easier to create and more interesting for the users. Tokens are assets that are not only profitable, secure and easy-to-access but also can be used to engage in the community that is trusted by thousands.