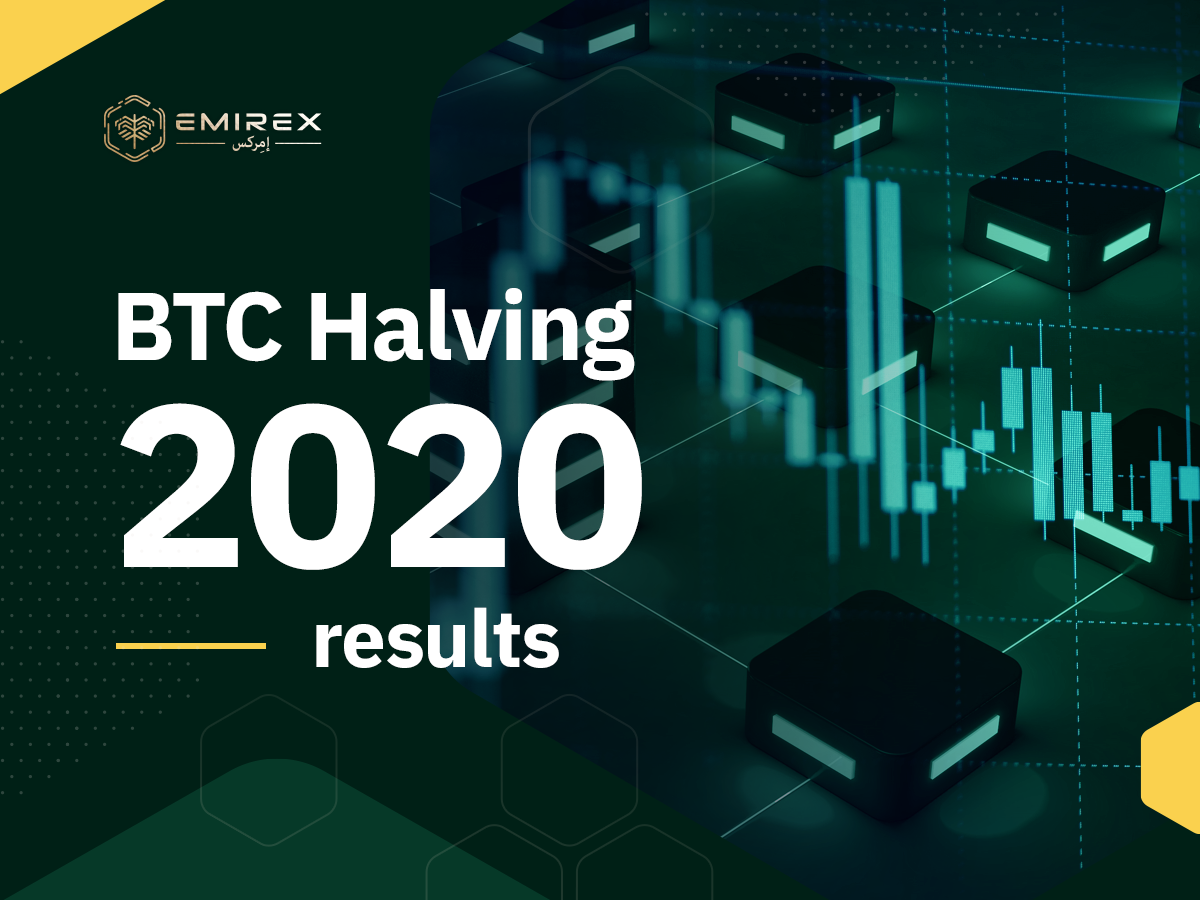 Cryptocurrency world has been carefully following the news about the 3rd Bitcoin halving on May 11th 2020 which halve the reward for block mined from 12.5 BTC to 6.25 BTC. Different forecasts about the price and hash rate change on the market has been flooding the web in the past couple of month. Mostly, analytics were stating that BTC price is going to the moon at least up to 100% and maybe even making a change up to 10 times. These predictions were made mostly because of the behavior of BTC price after 1st and 2nd halvings when prices rose up to 10-15 times and people who bought Bitcoin in pre-halving period made a fortune. Although the rise in prices can be explained by supply and demand law( less supply of BTC – higher the price), it has to be mentioned that market was affected by external factors like Cyprus Financial Crisis during first halving and the bubble on ICO market during the second halving. Also, prices made a visible change only 3-4 months after halving. Right now, there are only minor fluctuations on the market that are not depending on the halving. Anyways, there are visible data that show that halving affects mining industry already.

It is obvious to say, that mining is not going to be that profitable after the halving. Before, miners would get 12.5 BTC for a block mined not it has lowered to 6.25. Prior to the event hash rate rose up to 136m of TH/s on May 10th but dropped down to 91m of TH/s on May 14th. Most probably, miner pools have switched to other currencies that are more profitable or have left the market. The same thing happened with BCH and BSV after their halvings. It is obvious, that with the current situation on the mining market it will be impossible for new players to join because of the same high expenses on electricity but lower revenue from block mined. Only companies that are planning to bring new technologies of mining or cheaper sources of energy will make it through the barrier that exists.

Right now the market distribution is already changing. 4 days prior to halving 6 companies were sharing almost 75 percent of the whole hash rate which are F2Pool, BTC.com, AntPool, Poolin, 1THash&58COIN and Unknown one (probably Chinese Lubian). Other 25 percent of share is divided between medium and small pools. In the past 24 hours, small pools have already left the market. Only big and medium ones are still mining BTC. The average block production time was 7.5–8.5 minutes per block 24 hours prior to the halving, and we see an increase in block mining time right after halving, with an average of 11 minutes per block in the 12 hours following the halving which is another indicator of drop in hash rate. 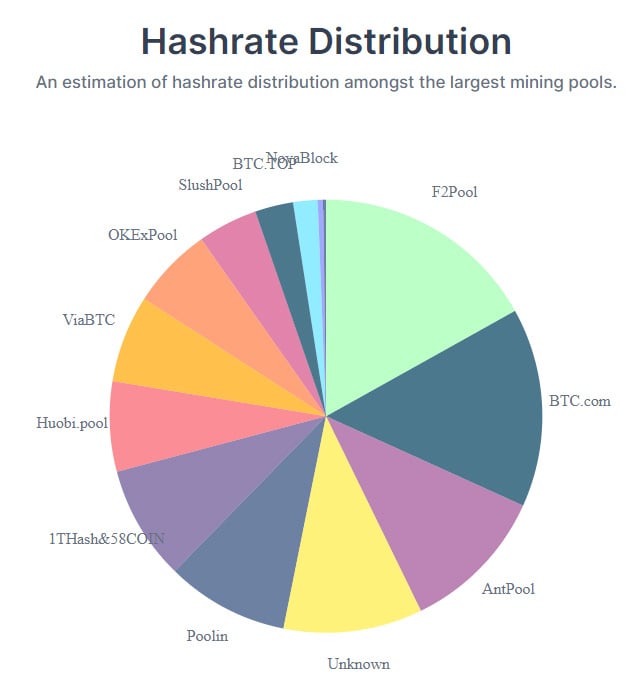 Nether less, there are good indicators that will help miners to stay on the BTC market. As you know, miners profit not only for solving mathematical puzzles that secure the transactions but also from transaction fees. Transaction fees are rising if the difficulty of the transaction is higher. Difficulty is rising if less hash rate is operating for the same amount of work. It is important to mention that 630.000th block that was mined contained 18% transaction fee and costs around 1.369 BTC when usually this number is around 4-8 percent. Most probably it will stay on a level of 10 percent in a long run.

It is clear to say, that the companies that stayed on the market will earn the profit from mining that before belonged to the pools that are not working no more. So the ones who will survive the halving will make 15-30 percent more profit. Also, it is obvious that energy resources will have to drop in their price because of the economic crisis during the coronavirus pandemic. This fact will make work of miner pools more profitable. Other factor that will help companies to stay on the market is renewal of mining equipment or creation of new faster and energy-saving one. It is hard to speculate about the future of the market before the difficulty adjustment that will change the rules again

Anyways, the market is expecting a bull run in the next 3-4 months like it was in the 2 halvings before. This might be a psychological reason of the future price rise or it might be an objective point because of the drop in supply. Pricewise it is very early to speak, we will have to wait around 3-4 months until the clear picture will be visible. Moreover, even the changes in hash rate cannot be an indicator of what will happen on the mining competitive market in the next couple of months.

Even though the mining market has been hit hardly after the halving, experienced investors and simple people still have major trust into BTC. Its price is rising and people are using and buying it even more. More than 3 million people have accounts with at least 0.1 BTC. It is clear to say, that keeping your assets in BTC is a great idea.

You can buy Bitcoin and any other cryptocurrencies on Emirex by clicking on the link.