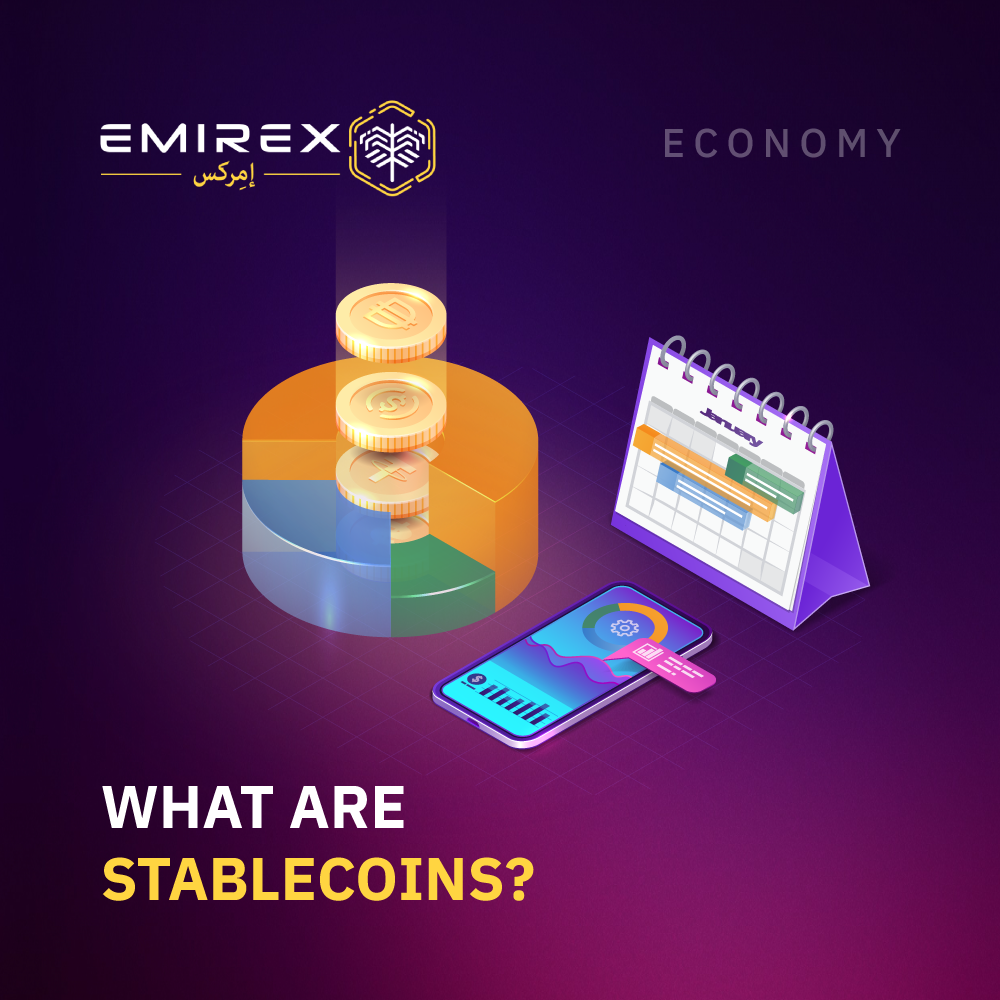 As we are aware, many cryptocurrencies are known for their volatility compared to fiat currencies. This is to be expected since cryptocurrency markets are relatively small. However, there is a cryptocurrency whose price depends on the value of some traditional financial asset. It can be the US dollar, oil, gold, etc. As a result, we have stablecoins that adopt digital technologies to real-life and open up the opportunity to determine and compare prices for goods and services.

Stablecoins are becoming more and more popular. However, people who are interested in cryptocurrencies and blockchain technology still have little understanding of the concept of “stablecoins” and the idea they carry.

Our today's article will help you better understand this special type of cryptocurrency and understand how they work and what problems they can solve.

The first mention of stablecoins and their definition as a separate type of cryptocurrency arose back in 2012 with the emergence of the Mastercoin project, which was tethered to Bitcoin. However, the first serious project appeared relatively recently - in 2015. This is the first coin to draw the attention of the crypto community to stablecoins. We are talking, of course, about the Tether cryptocurrency (USDT). USDT was originally pegged to the US dollar at a 1:1 rate. In the process of development, the rate of Tether has not always remained stable, but over the entire history of its existence, fluctuations up or down did not exceed 8%.

The idea of tethering cryptocurrencies to popular fiat currencies was supported by other developers, and in 2016, cryptocurrency analogs of the euro and the Japanese yen began to appear.

The next direction is the creation of stablecoins, the value of which is pegged to gold. Similar projects were created for reserves of silver and other valuable metals, as well as diamonds. Later, crypto projects began to appear, representing coins backed by oil and valuable minerals.

Stablecoin is a cryptocurrency with a fixed value that is not subject to the typical volatility of other cryptocurrencies in the market. The main goal of the release of a stable cryptocurrency is to allow people to make daily payments for goods and services on the blockchain.

Potentially, each stablecoin replaces fiat money, acting as a unit of account that allows you to buy and sell goods and services, compare their values, and accumulate capital. The stability of such coins is achieved in several ways:

High volatility makes it difficult to use cryptocurrency daily. When there is a high risk of inflation, people should use stablecoins. This form of money can become a reserve currency for countries with high inflation and ensure stability throughout the world.

The main idea behind stablecoin is to provide the best opportunities in the cryptocurrency world and the banking industry. The fact that stablecoins are backed by assets makes them more attractive as a medium of exchange and more as a store of value. These features make it more realistic to use stablecoins instead of fiat money.

Digital coins that meet the standard and have direct practical application are:

Thanks to stablecoin, users get a relatively stable monetary instrument that can be used in everyday life. The fact that a stablecoin is backed by another asset helps curb inflation and strengthens people's confidence in its use. Specialists have many points of view regarding the prospects for using stablecoin as a means of calculating and storing assets. But the fact remains that as more and more financial settlements, transactions, especially international ones, go into the crypto space, the demand for a certain stable cryptocurrency standard will grow wider.